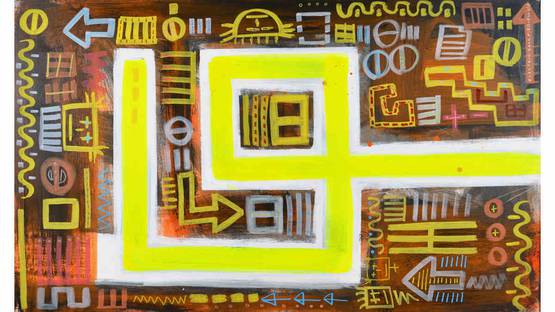 Rodney Durso is a graphic designer by trade, and was founder and creative director of Stormhouse Partners, a branding and design agency based in New York. In 2006, while working and teaching as an adjunct professor at Parsons School of Design, Rodney rented a studio in West Chelsea thus began his transition into painting and fine art.

Having created 400+ drawings, paintings and collages since then, Rodney’s work has taken on new depth and meaning but is still grounded in a strong sense of graphic organization, color, type and imagery that speaks to his earlier work as designer.