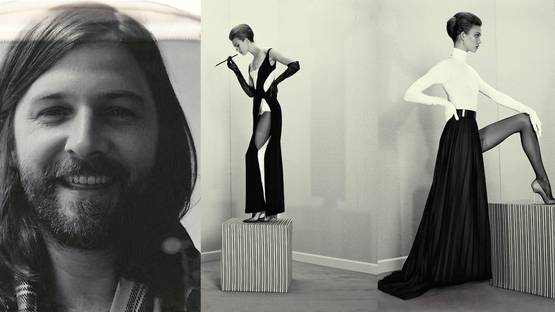 An American postmodernist commercial and art photographer, Roe Ethridge is best known for exploring how pictures can be easily replicated and recombined to create new visual experiences. Drawing from his personal experience of the world, he captures the vivid and intimate details of his various locales within photography’s classic genres of portrait, landscape, and still life.

Born in 1969 in Miami, FL, Ethridge lives and works in New York. He received a BFA in Photography at The College of Art in Atlanta, Georgia. His work has been shown extensively at institutions around the world, including MOMA/PS1 (2000), Barbican Center, London (2001), Carnegie Museum of Art (2002), Institute of Contemporary Art, Boston (2005), The Whitney Biennial (2008), Museum of Modern Art, New York (2010), Les Recontres D’Arles, France (2011). In 2011 he was shortlisted for the Deutsche Börse Photography Prize. His first major retrospective, curated Anne Pontégnie, was exhibited at Le Consortium in Dijon before traveling to Museum Leuven, Belgium in 2012. Gagosian Gallery’s first exhibition of Ethridge’s photographs took place in Los Angeles in 2006.

Blurring the boundaries between commercial and artistic work, Ethridge creates painterly compositions with renewed meanings that are simultaneously generic and intimate. In his commercial work he uses his settings playfully as frames of reference that look at the fictional world of advertising from the inside out.