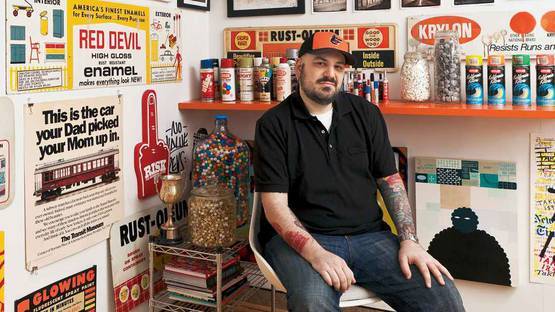 Roger Gastman is an American artist who started writing graffiti as a teenager in Bethesda, Maryland, and was able to parlay his love for it into a legitimate career.
He founded and published two respected pop culture magazines — While You Were Sleeping and Swindle (copublisher) — as well as more than a dozen highly sought-after art books. He has painted walls in more than two dozen countries and exhibited in galleries, museums, hospitals, and educational settings.
Roger Gastman lives in Cambridge, Massachusetts.