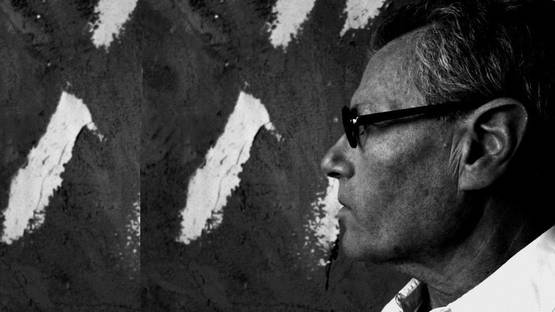 Roger Selden is an American artist and designer, known for his abstract artworks which he produces using various techniques, such as collage, mixed-media and silkscreen.

Selden was born in New York in 1945. His love of art started early - at the age of 12 he had already begun to study and copy old masters in the nearby Brooklyn Museum. He studied there from 1957 to 1962, and afterwards he attended the Tyler School of Fine Arts in Philadelphia where he received his BFA in 1966. After completing his studies in Philadelphia, he moved on to spend two years at the Tyler School in Rome, where he did his graduate work and obtained his MFA. Study trips to Paris and throughout Italy followed, before Selden finally settled in Milan.

Selden’s painting captivate the viewer’s eye with their positivity and colorfulness. The artist uses a mixed technique, consisted partly out of collage, partly out of decisive strokes of bright colors and abstract geometrical forms, producing variety of artworks. Certain characteristic of Selden's work is it’s wholeness in imagery and organization, although crowded with ideas and gestures. On the other hand, some other works can be understood as quickly as a blinking light at a train crossing, with its clean and elegant lines as a commercial designer's sketch. This duality of Selden’s works comes from his inclusion of many influences and stimulations, and the artist’s aspiration not to exclude contrasting aspect of his personality. Selden is confident enough in the eventuality of synthesis not to worry about that many of his artworks not resemble one another.

As a designer, Selden undertook many different projects with unusual freshness and ease. He maintains a continuous collaboration with Sieger-Design, Ritzenhoff, Ducati and many others.
In 1997 Roger Selden was appointed to design the windows of the newly restored Synagogue of Milan, first inaugurated in 1982.

Today, he has his studio in Milan and produces paintings which are exhibited successfully in galleries in all the major European art cities, such as Cologne, Paris, London, Madrid, and at the art fairs in Cologne and Basel.

Roger Selden splits his time between his hometown, New York and Milan.