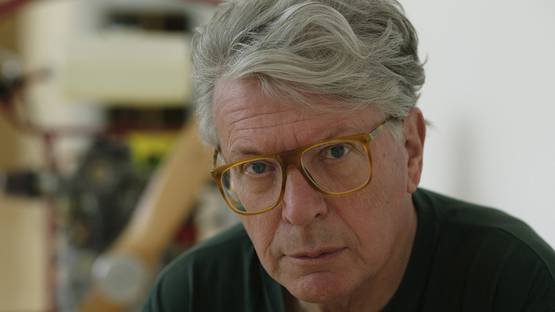 Roman Signer is the Swiss visual artist whose artworks are rooted in the finest tradition of Swiss engineer-art. One of most famous Swiss artist and the finest representatives of Process art, Roman Signer is known for producing dynamic sculptures also known as time sculptures that include fit ropes, exploding objects and papers and chairs being catapulted into the air. Though he calls himself a sculptor, the artist works in a variety of media and his body of work spans to include sculpture, installations, photography, and video. His art was originally inspired by natural phenomena such as fire, stone, and water by in time Roman Signer also began employing a variety of everyday objects in his pieces. The artist combines three-dimensional objects like tables, boots, containers and bicycles, film stills and moving-image to simultaneously convey the notion of undisputed energy and restrain.

Roman Signer is born in 1938 in Appenzell, Switzerland and studied art at the Schule für Gestaltung in Zurich and Lucerne and Academy of Fine Arts in Warsaw, Poland1. He was an architect’s draughtsman, a radio engineer apprentice, and even worked in a pressure cooker factory before he decided on visual art career path at the age of 28. Roman Signer's works range from land art and performance art but it even spans behind that to include elements of technical sciences. His background in architecture and engineering shows as the artist sets up an array of sculptures and installations reminiscent of Swiss engineer-artist, Jean Tinguely and Peter Fischli & David Weiss.2 The roots of Roman Signer's dematerialization of art can be found back in the sixties when artists shifted away from the actual form of the artwork and turn toward exploring process and acts. His works represent a unique poetry of destruction as they focus on the transformation of the material trough time that present the viewers with the artistry of the creative process and the forces used in that process. His action sculptures represent controlled experiments that include objects exploding, colliding or being catapulted into space.

In 1989 the artist created one of his first famous sculptures Action with a Fuse. By placing a fuse between Appenzell where he was born and St. Gallen where he now lives and letting it burn slowly from each end accompanied by an almost invisible set of fumes, the artist created the metaphor for his both life and life in general. The slow burning of a fuse and the violent action of the explosion that occurred when both ends meet represent the path between the meditative and the eruptive two interchangeable dynamics of life. He continued along the same path in 1992 when he catapulted the chair of a window to create his Kurhaus Weissbad masterpieces and two years later when he launched a table into four buckets.

In 1999 Roman Signer presented his work in the Swizz pavilion on Venice biennial. For the occasion, the artist has created a minimalist sculpture by placing 300 stacks of paper containing 1000 pages each precisely arranged in 50 centimeters intervals. But this was just the first stage of the creation of his dynamic sculpture. In the following phases, this static objects were charged with explosive and with one simple click they were fired into the air and transformed into a multifaceted white wall. This ephemeral wall only lasted a moment before the papers sunk back down to earth and magically turned back to thousands of paper sheets. By juxtaposing the vigorous energy of the explosion and the meditative decent of the paper the artist managed to turn the atmosphere in the pavilion from frantic to serene in just a few moments3. The artist installations are executed in several stages. First, he chooses the objects with a potential for change like bicycles and paper stacks. The second stage refers to the actual new prospect of change, the explosion or the catapulting. The third and final stage show the result of the previous process like the decent of papers or the chairs to the ground. From a restricted array of processes and materials, Roman Signer produces a poetics whose tones range from the melancholy to the excitement, from the amusing to the violent. Roman Signer work was on view at numerous galleries and museums including a solo exhibition in Smith College Museum of Art, Northampton, MA in 2011, and shows at Ming Contemporary Art Museum, Shanghai (2016), Lismore Castle Arts, Lismore, Co. Waterford, Hauser & Wirth, London (2008) and a solo exhibition in Rochester Art Center (2008).

The artist lives and works in St . Gallen, Switzerland