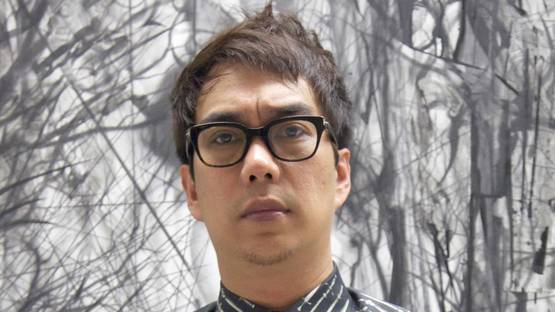 Ronald Ventura is the most famous and successful Filipino contemporary artist known primarily for his multilayered works that stands for the miscellaneous national, historical, cultural and religious identity of the Philippines. Featuring a wide and complex diverse of styles, forms and imagery, in his oeuvre one can find aspects of graffiti, cartoons, hyperrealism, surrealism, pop art. His practice is constantly evolving and he manages to employ his diverse creativity in his highly recognizable work.

Ronald Ventura is born in 1973 in the city of Manila, Philippines. He graduated Painting at the University of Santo Tomas in 1993, where he worked after the graduation as an Art instructor for a while. For the first time in 2000, he had his two solo painting shows. First one was named All Souls Day and it happened at the Drawing Room in Makati City in the Philippines, and the other called Innerscapes, held at the West Gallery Megamall in Mandaluyong City. Since then he started gaining recognition that manifested itself in the next awards: the Artist of the Year prize from Art Manila in 2001 and in 2005 he was awarded the important Ateneo Art Gallery from the Studio Residency Grant in Sydney, Australia, for his work The Human Study series. His first exhibition in the US, Metaphysics of Skin, was held in 2009 at Tyler Rollins Fine Art Gallery. Today, he is the highest selling artist from the Southeastern Asia. In 2011, his canvas was sold for US $1.1 million at Sotheby’s Contemporary Southeast Asian Painting auction in Hong Kong.

This Asian artist sees his arts as a big visual sandwich of numerous layers and influences. First of all, it represents the specific situation of the Asian Filipino culture which is a particular fusion of the native culture and the local heritage and landscapes, and on the other hand the profound influence of the occupying cultures of the United States, Japan, and Spain. Those cross-cultural complex relationships bring a specific unease and Ventura seeks to expose all the phenomena through the dialogue of imagery from the East and the West. Thus, this Filipino is interested in the concepts of borders, transgression, fusions, and struggles. Ventura is interested in the idea of second skin because it is an expressive surface for all these cultural signifiers, whether it is written over with tattoos, revealed or concealed. He also tries to broaden the specter of his inspirations, using the global possibilities of the Internet and traveling. In that way, Ventura’s paintings are a constant fusion of experienced cultures, beyond his direct control or will.

New paintings from the most famous Filipino contemporary artist

Arts of this Filipino and the aesthetic of his works are in accordance with the content in which he is interested. He appropriates pop culture and its fictional iconography, commercial images, cartoon characters like Mickey Mouse, Angry Bird or Hello Kitty and entangles them with other fantastic creatures and animals. Tensions, vivid snarls and overlapping of hyperrealist images on his canvas depict strong dynamics, contradictions, and conflicts. The Filipino artist also manages to archives these aesthetic qualities in various sculptures he does, mixing the high and low, beautiful and ugly, vivid and pale, joy and sorrow.