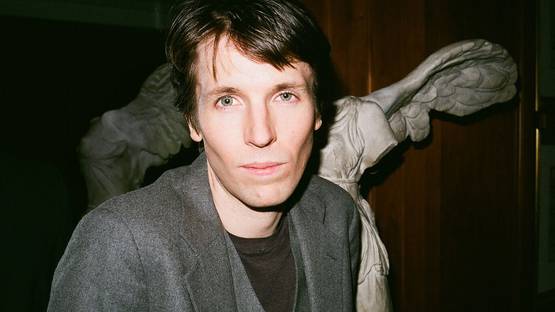 Ryan McGinley is an American photographer living in New York City who began making photographs in 1998. In 2003, at the age of 25, McGinley was one of the youngest artists to have a solo show at the Whitney Museum of American Art. He was also named Photographer of the Year in 2003 by American Photo Magazine. In 2007 McGinley was awarded the Young Photographer Infinity Award by the International Center of Photography.

Ryan was born in 1977 in Ramsey, New Jersey and from an early age his peers and mentors were skateboarders, graffiti artists, musicians, and artists that were considered to be on the fringes of society. He enrolled as a graphic design student at Parsons School of Design in New York in 1995. He moved to the East Village in 1998, and covered the walls of his apartment with Polaroid pictures of everyone who visited him there.

McGinley had his first public exhibition in 2000 at 420 West Broadway in Manhattan in a DIY opening. Later, as a student at Parsons, he started taking pictures, which he put together in a book, self-published in 1999, called The Kids Are Alright. The book was titled after a film about The Who, was handmade and distributed to people he respected in the art world and sold at the exhibition. One copy was given to scholar and curator Sylvia Wolf, who later organized McGinley's solo exhibition at the Whitney. Wolf, in an essay about McGinley, wrote, "The skateboarders, musicians, graffiti artists and gay people in Mr. McGinley's early work 'know what it means to be photographed. His subjects are performing for the camera and exploring themselves with an acute self-awareness that is decidedly contemporary. They are savvy about visual culture, acutely aware of how identity can be not only communicated but created. They are willing collaborators."

McGinley has been long time friends with fellow downtown artists Dan Colen and the late Dash Snow. McGinley said of Snow, "I guess I get obsessed with people, and I really became fascinated by Dash."

Ariel Levy, writing in New York magazine about McGinley's friend and collaborator, Dash Snow, said, "People fall in love with McGinleyʼs work because it tells a story about liberation and hedonism: Where Goldin and Larry Clark were saying something painful and anxiety producing about Kids and what happens when they take drugs and have sex in an ungoverned urban underworld, McGinley started out announcing that 'The Kids Are Alright,' fantastic, really, and suggested that a gleeful, unfettered subculture was just around the corner—'still'—if only you knew where to look."

Since 2004, McGinley's style evolved from documenting his friends in real-life situations towards creating settings where the situations he envisions can be documented. He casts his subjects at rock ‘n’ roll festivals, art schools, and street castings in cities. He shoots 35mm film and makes his photographs using Yashica T4s and Leica R8s. McGinley has drawn much inspiration from Terrence Malick's film Days of Heaven. Critic Philip Gefter, in a 2007 feature about McGinley, wrote, "He was a fly on the wall. But then he began to direct the activities, photographing his subjects in a cinema-verite mode. 'I got to the point where I couldn’t wait for the pictures to happen anymore,' he said. 'I was wasting time, and so I started making pictures happen. It borders between being set up or really happening. There’s that fine line.”

In an April 2010 article in Vice Magazine, McGinley identified Gilles Larrain as one of his early influences, particularly Larrain's 1973 book Idols.

McGinley's work is featured in public collections in the Guggenheim Museum, New York; the San Francisco Museum of Modern Art; and the The Whitney Museum of American Art in New York. McGinley is represented by Jose Freire at Team Gallery in NYC, Chris Perez at Ratio 3 Gallery in San Francisco, Alison Jaques in London, Larissa Bischoff at Bischoff Projects in Frankfurt am Main and managed commercially by Shea Spencer at Artist Commissions.