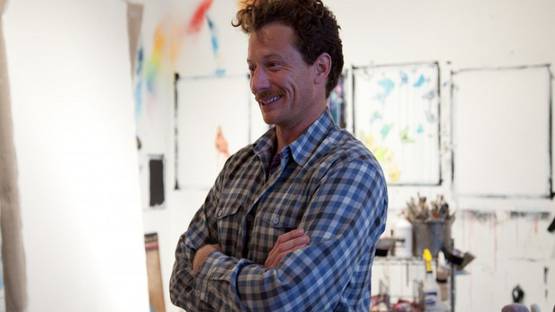 Born in 1976 in Jackson, Oregon, USA one of Sage Vaughn's earliest memories is sketching animals at the local zoo alongside his father. In adulthood, as an acclaimed painter, he contrasts the natural world against melancholic backgrounds featuring the post-industrial landscape. "I'm interested in man's wild side, and animals' civilized aspects … where society and the wilderness overlap", he says. A typical example is Sage's pictures of garden birds with discreet tattoos reading for example, "Kill 'em All" or "FTW". He has claimed to paint wearing infra-red night vision goggles, "as this is how most animals see the world."

Incurably romantic while never resorting to schlock, Sage's work also encompasses the intensity, hopes and losses of childhood, plus more recently a sense of humanity and community against the odds. Effortlessly combining a lightness of touch and a sense of drama, it encompasses painting, sculpture and installation work including recreations of childhood dens and gaily-painted baseball bats with six-inch nails driven through them.

In January 2013 he first exhibited pieces made from stained glass. The drips that are a consistent part of Sage's paintings are a reference to not only his younger years as a graffiti artist, but also the inexorable marches of time and cycles of nature. His Butterfly Ring compositions, resembling a mournful wreath of the winged insects associated with optimism in classical mythology, are among his most popular pieces.