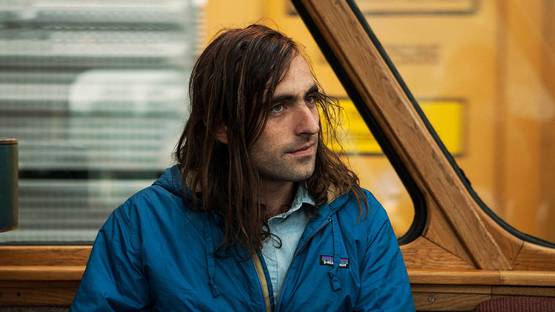 Each aspect of art has had its own course of progression throughout history, both modern and ancient, and though comparing two different periods within the same category of art feels natural, clashing two separate categories might be a bit unusual. However, a certain progress through the mediums themselves is a thing of necessity for the American artist Sam Falls whose practice is based on their variety. With encompassing elements of the effects of nature and a multitude of materials, the artist pushes the limits of contemporary art as we know it, merging photography, painting, and sculpture in his artistic portrayals.

Exploring the Element of Nature

Both the artistic expression and the exploration of its limits came to Falls at an early age. Given his playfulness as a child, he would explore the surrounding nature of his hometown, influenced permanently by the effects of the elements. The sun, the rain, the wood lying in the dirt, all of the nature’s aspects served Falls in his art practice, both in its conception and its current form. Bringing these effects in contact with the viewer through the relationship with art, he even emphasizes that the natural element plays an even bigger part in each piece than the artist himself. However, his decades-long experience with the craft leaves little room for random effects; though nature can be hard to predict, Falls conjoins the aspects of art and nature masterfully, producing visually enticing artwork.

With the element of nature often finding a way into his work, it’s far from being the only one. Always seeking diversity in his practice, Falls moves across various mediums, themes, and subjects, and it could be said that that very diversity is a reoccurring motif in his work. Known for using photography, painting, drawing, videography, sculpture, and other mediums as well as a myriad of tools and materials, he merges the different categories within a single piece of work, challenging perception and changing the way we see certain mediums. Giving his work yet another dimension, he often inserts time as a key variable, placing his pieces outside so that they may change from one day to the other depending on conditions; the time of the day also plays a role, as works can be seen from different angles at various points during the day.

From site specific installations to paintings, Falls merges various categories within a single piece of work

What might be the most interesting about his work is that Falls often inserts a nuance of personal matters into the subject he’s working on. Often drawing from personal fixtures in his own life, subjects like his horse, his mother, and others can easily be portrayed in his artwork. Whether you choose to look for the relation between the artist and the displayed narrative or simply enjoy the sheer visual beauty of the collaboration between Falls and nature, there’s no denying that his pieces evoke both deep thought and enticement.