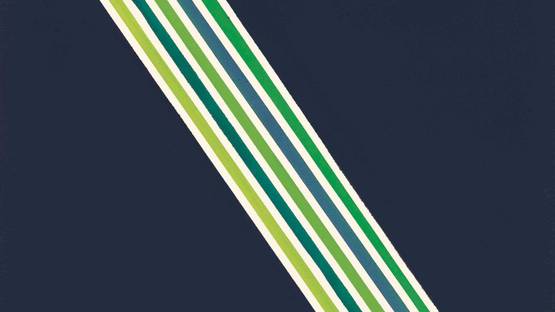 Sam Gilliam is an American abstract painter, best known for his works that test the boundaries of color, form, texture, and the canvas itself. Gilliam was a part of the Washington Color School in the late 1950s through mid-1970s and has been associated with the Abstract Expressionists.

Born in Tupelo, Mississippi, Gilliam wanted to be a cartoonist from an early age and spent most of his time drawing. He attended the University of Louisville and received his B.A. degree in Fine Arts in 1955 and held his first solo exhibition at the University the same year. After serving the army, he continued his education at the University of Louisville as a student of Charles Crodel, where he received his M.A. degree in painting. In 1962, Gilliam moved to Washington, D.C., where he supported himself teaching at public schools.

One of the great innovators in postwar American painting, Gilliam rose to prominence with his canonical Drape paintings, which expanded upon the tenets of Abstract Expressionism in entirely new ways. He suspended stretcherless lengths of painted canvas from the walls or ceilings of exhibition spaces, transforming the medium and the contexts in which it was viewed. He imparted a sculptural quality to the installations, allowing them to become site-responsive.