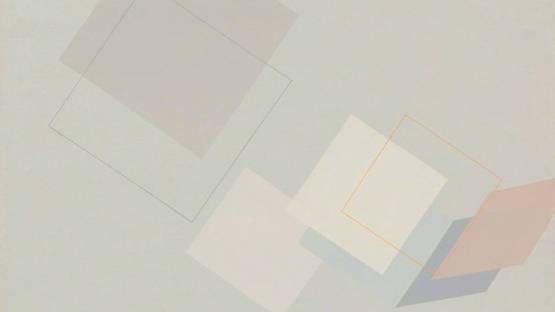 A Korean artist, Suh Seung Won helped pioneer modern art in Korea. One of the founding members of the “Origin” group, he is widely known for his geometric works that sought to refine compositions to their most reductive state.

In 1962, Seung Won co-founded the "Origin" group, alongside a few elite artists from the painting department at Hongik University, a prestigious private school in Korea. They focused on the recognition of the canvas which maintained a sense of objectivity and indifference. Continuing its development for over fifty years, the group has contributed in refreshing and broadening the boundaries of abstract art.

For over 50 years, Suh Seung-Won has consistently pursued a theory he called “Simultaneity,”seeking to distill his compositions to their most reductive state, while still maintaining a harmonious balance of form, color and space. “To change the invisible into the visible—what happens in a state of enlightenment or nirvana—shows me what [could] be found simultaneously,” he once explained. In 1969, the artist became involved in the AG collective, initially led by Dansaekhwa master Ha Chong-Hyun. Adopting the conceptual synthesis of Western abstraction and eastern philosophy, Suh maintained a commitment to gestural exploration and formal experimentation that has consistently defined his practice.