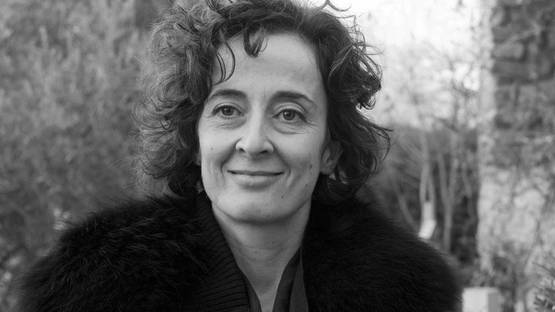 Simona Frillici is an Italian artist. Man, as a human being, is the main subject in her body of work – paintings, videos, and installations. Born in Foligno, Perugia in 1966, Simona got her education from the Academy of Fine Arts in Perugia, where she got her degree in Painting in 1988. Interested in the energetic, spiritual and emotional aspects that a particular object or image has lived, Frillici attempts to perpetuate these features. As a result, each piece of her art lives in a balance on that imaginary axis that divides the real and the artificial.

Frillici's works often originate from photography, a technique that allows recording the world around. Each photo records fragments of reality and the artist wants to insert life fragments into her artwork. She chooses photos from war news and crime news, newspaper or web, photos of faces. In today's world, we are continuously stimulated by many images, which flow on the screens that surround us. We are used to not dwell our eyes and our attention, we are accustomed to indifference. Those faces are the center of her artworks, they look straight into the eyes of the viewer and drag him emotionally into the darkness that marked their lives. The artist tries to impress the viewer emotionally. She tries to give "heaviness" to the images she uses, in contrast to the levity of the images. The boundary between art and life is increasingly vague. There are no clear lines of demarcation, but they are mobile and changing.

In 2017, this attempt to cancel the barrier between work and spectator, between art and life, has found new solutions that have produced three events/exhibitions. The first one was FACE to FACE, an artistic event that involved many artists in the abandoned prison of Montefiascone in August 2017. Each artist was locked up in a cell for two days, from 17 to 22, and every ten minutes a visitor entered the cell and related to the artist. Each artist involved had to propose a specific project on how to interact with each visitor. Frillici's project, was entitled 1 + 2 + 3 + 4 = 10. In the cell, she had a photocopier connected to the smartphone. She took a picture of each visitor and immediately made copies on paper. Each visitor could draw, paint, modify the photocopy of his portrait, during the ten minutes spent in the cell. The transition from the real person to his photocopied image was almost immediate. The final work was a collective painting that occupied the entire space of the cell.

EX-VOTO SUSCEPTO was held on May 7th, 2017 at the Madonna Delle Grazie Church in Uncinano, Spoleto. During the event, Frillici involved the participants of the afternoon mass to realize a collective ex-voto.

CAZZOTTO (PUNCH), from the original name of the famous chocolate Bacio di Perugia, was held between 7th and 9th of April 2017. It an artistic event conceived and created together with the artist Giassi Piagentini. Three days of art disseminated in the historic center of Perugia, coinciding with the Festival of Journalism. The proposed art intends to immerse the spectator in the real world, the purpose is to make people aware, the same purpose of journalism. They used alternative places to exhibit art: abandoned kiosks, abandoned shop windows, a cinema and a bookstore in the city, abandoned and recently renovated and active again. The Artist's Studio, and above all the streets as a place of interaction between art and life.

The Big Question: What is Art?

In 2011, Frillici participated in the Venice Biennale. For the occasion, she made the video What is Art, in which she expresses a series of emotions and perplexities that border the anguish, for the present state of the art system. The video is constructed from the shot of the artist’s face wrapped in a cotton gauze while she undergoes a sort of endurance performance, constantly repeating the question What is Art? like a mantra, for 25 minutes. The same video was also presented in Milan in TufanoStudio25.

Simona Frillici’s first solo exhibition was held in 1998. Titled Objects Muti, the show was conceptualized as an installation of hundreds of similar objects covered with paraffin and placed in wooden boxes painted white, enclosed with tissue paper or frosted glass. For the exhibition, Simona temporarily occupied an empty commercial space for ten days in the historical center of Perugia. As an addition to the whole concept, an external camera recorded the reaction of passers-by in front of the unusual ‘merchandise’ in the store.