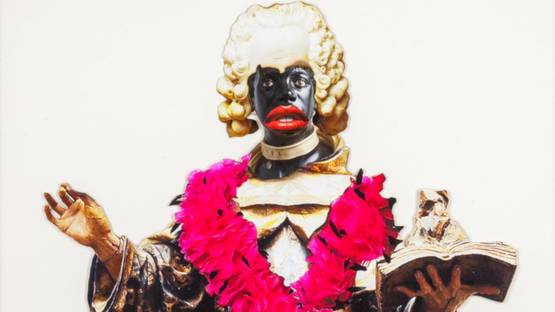 Born and raised in Washington, DC, Squirewell currently lives and works in New York, NY. His artistic training began at the Duke Ellington School of the Arts. He received his MFA from the Hoffberger School of Painting in 2007. Since graduating he has continued his tutelage under many of DC’s legends including artists Michael Platt and Lou Stovall. He is privately and publicly collected, his works are in the Reginald Lewis Museum, the Robert Steele Collection and recently acquired by the Smithsonian for the African American Museum.

In one of his more recent projects titled Faction, Squirewell explores discourse surrounding race and memory through his own family heritage. The idea for this project came from the discovery that his ancestors were actually indigenous Americans, and not African Americans who had arrived to the US on slave ships as he previously believed. This resulted in a provocative series of collage art works reflecting on identity and origin.