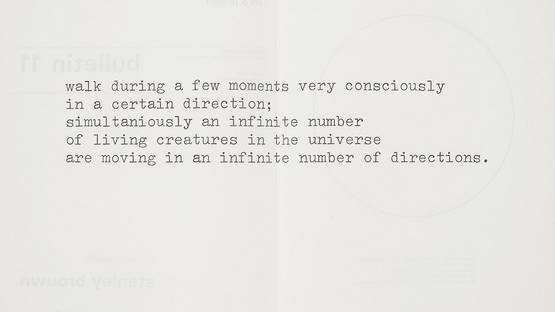 Stanley Brouwn was born in 1935 in Paramaribo, the capital of Suriname. Brouwn came to Amsterdam from Suriname in 1957. His fellow artist friend Armando introduced him to the Zero movement, a group of artists who rejected the evident authorial signature. Brouwn’s first works, dating from that time, which he later destroyed, were transparent polythene bags filled with all sorts of rubbish and hung from the ceiling.