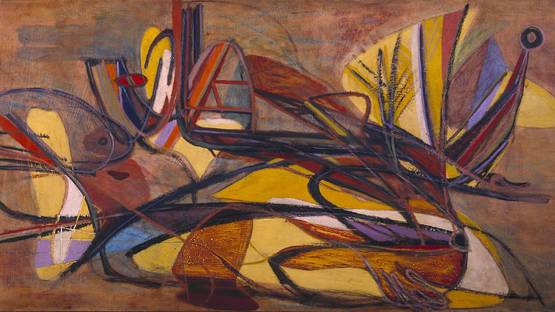 Stanley William Hayter was an English painter and printmaker associated in the 1930s with Surrealism and from 1940 onward with Abstract Expressionism. Regarded as one of the most significant printmakers of the 20th century, in 1927 Hayter founded the legendary Atelier 17 studio in Paris. He is noted for his innovative work in the development of viscosity printing (a process that exploits varying viscosities of oil-based inks to lay three or more colors on a single intaglio plate). He died in Paris in 1988.