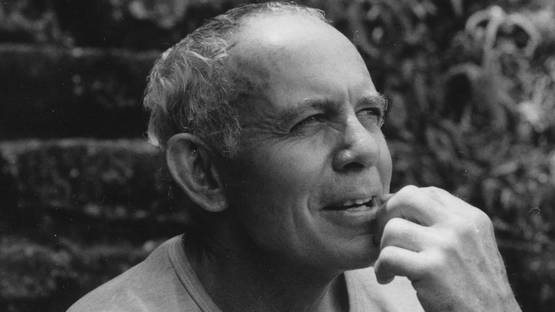 Stephen De Staebler was an American sculptor born in St. Louis in 1933. His work, mostly done in bronze and clay, is recognized and famous throughout the world.

He wanted to be a serious artist, but didn’t quite find his field until one semester at Berkely, when he took a ceramics course with Peter Voulkos. He became a great source of inspiration for De Staebler, and the artist always emphasized how much he is grateful to Voulkos. In the beginning, he worked with clay, but began experimenting with bronze in the 70’s. The bronze provides greater freedom and gives sculptures a way to stand on their own form. Since then, the figures could be separated from the ground, and have bigger, more massive forms at the top of the sculptures, something that it isn’t possible with clay. His work shows humans as fragile and very much imperfect beings, contrary to classical idealists.