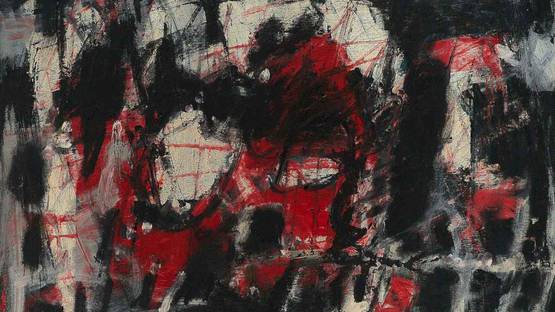 Born in Charleston, Missouri in 1918, Pace was attracted to drawing from an early age. His first formal training began when he was 17, when he studied anatomical studies and watercolor painting with WPA artist Robert Lahr in Evansville, Indiana. After serving in World War II, during which he honed his skills by painting views of local scenery, he went on to study at a school in San Miguel de Allende, where he met Milton Avery who convinced him to continue his education in New York. There, he continued his studies at the Art Students League of New York and independently with Hans Hofmann.

Influenced by Hofmann, he developed the direct and vigorous Abstract Expressionist style in the 1950s, characterized by a distinctive blend of brushwork, drawing and staining. After spending time in Pennsylvania and then Maine during the 1960s, Pace returned to figuration, working in a style characterized by simplified shapes and a liberal use of color. He depicted a range of subjects that celebrated everyday life and labor.