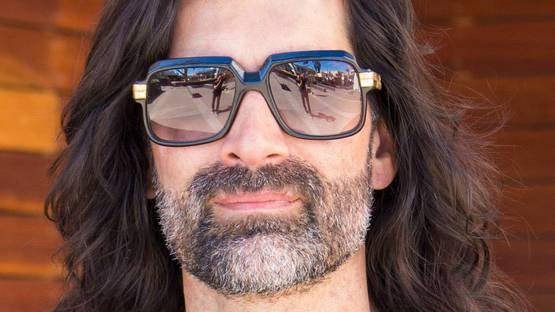 Stormie Mills is an Australian based artist who started painting in 1984 and has since then been exploring the human condition through his work, taking his iconic characters off the walls in the street and onto canvas in the gallery. Working in a restricted palette of black representing dirt, white the attempt to remove dirt, grey a metaphor for the cityscape and silver for dreams, this palette is an expression of the sense of isolation inherent in Stormie’s work.

Stormie Mills was born in 1969 in a coastal town in northern Wales and moved with his family to Perth, Western Australia when he was five. He attended Wesley College and Guildford Grammar School in Perth along with his brothers Barnaby and Oliver.

Commenting on his work Stormie said, “I’ve always been interested in the processes of making artwork particularly when it comes to making art in the streets, it’s wider commentary of people’s impact on their environment, and it’s capacity to make a mark that documents someone’s existence and sense of purpose.”

After establishing an international following for his iconic character based work that has seen him travel, work and show in London, Tokyo, Athens and Miami, Stormie now works full time on his practice, investigating humanity in his pursuit to understand what drives our deepest desires and emotions.

With sold out shows in Melbourne, Sydney and Perth along with gallery representation in all three cities, Stormie’s career has continued to gain momentum. SCOPE NY in March 2014 will be the first time that Stormie has shown a body of work in New York presented by Vertical Gallery.

Among a long list of commissions across the globe, Stormie has also been a speaker at AG Ideas, one of the largest and most respected design festivals in the world. Last year he also took part in the 2013 Brisbane Festival in a unique installation project that saw his Bunnyman character transformed into 4m sculptures that took over the city.

Further cementing his international status, in 2013 Stormie was invited to the USA to paint in the second annual Richmond Mural Project. The project’s aim to cover the city in over 100 murals in the first 5 years, saw Stormie paint 9 murals and add to the city’s growing reputation as an art destination.

Stormie has been exhibiting his work since 1990 and boasts a long list of commissions across the globe. He is also highly published in significant street art books. With a career that spans over 25 years, Stormie continues to be sought out to create his work worldwide and remains true to his quest of examining what it is to be human through his thought provoking work.