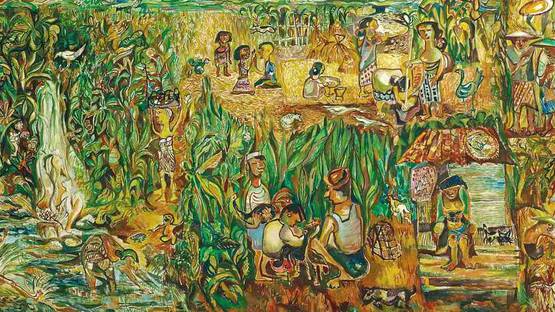 Sudjana Kerton was an Indonesian painter, born in Bandung in the midst of the political transition of the country from the Dutch colonial era to the independent republic of Indonesia, Kerton’s paintings exhibited the revolutionary era of Indonesia.