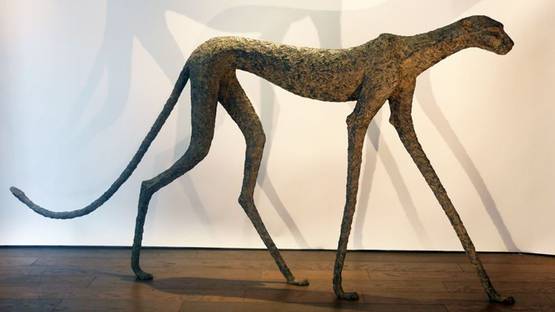 Sylvie Mangaud is born in 1961, in Paris. She lives and works in Paris.

It is the crossing of her activities that brought Sylvie naturally towards the sculpture. Originally, a photographer’s formation allows her to know how to seize the movement, the emotion, and to immortalize the moment. At the same time, she follows studies of morphopsychology which will allow her to observe and to include the subtleties of the body.

The naked and the animals become straightaway her territory of preference without respecting the proportions which will define however her style. This style which is her so particular has a genesis: what was an involuntary distortion on its first pieces, became her signature, her creations are everything in lightness, sharpness and elegance, the purity of their lines expressing an authentic esthetic balance.