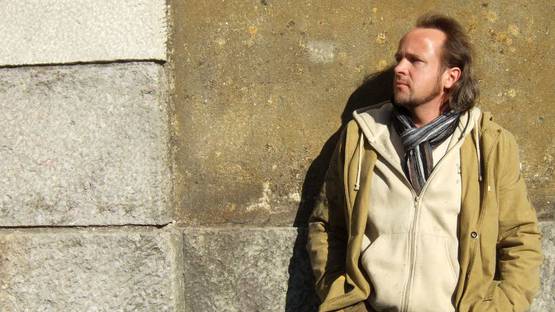 TASSO or Jens Müller, born on July 23, 1966, is a German Street artist and the founder of the famous Ma‘Claim crew. His pieces are extremely vivid and range from a plethora of mediums, locations, and styles. His murals are large in scale and extremely elaborate.

TASSO started painting in the late 1980s, when he first saw Graffiti art in the music videos on TV. He started spraying names of his favorite bands and Punk slogans. His beginnings in art were right after the fall of the Berlin Wall. “I went to West Berlin because East German citizens got 100 Deutsche Mark welcoming money. I noticed a lot of tags and wondered what had been used to make them. Not a spray can, obviously, but something like a very broad permanent marker. I saw one of those at a stationer’s and bought it. This was about the only thing I bought for my money. Back home I covered each and every blank space with tags. In 1991, I did my first illegal piece.” About his choice to practice Street art over some other way of expression, he said: “Street art is an excellent opportunity to make one’s art accessible to people who would never go to a museum. Painting your name on walls outside at night in the brightest of colors was a lot of fun. I loved planning my actions, developing a strategy of how to get to the desired sites and planning how to escape. And it was absolutely awesome to pass by the wall the next day with this feeling of having made it once again without getting caught.” TASSO started his artistic career with Street art, but decided to also give it a try with canvases, stating he currently prefers “redesigning things, or painting a legal picture in peace and quiet.” As for his inspiration, he cites his emotional life and experiences from everyday events. “Whenever something is on my mind, it will certainly become a picture at some point. This may be lovesickness as well as politics or just something I would love to do, something to surprise the viewer. The best ideas come to me during long car rides.” Besides being a founder of the artist group Ma`Claim, he has also collaborated with a lot of other Street artists.

TASSO has been painting murals all over the world. “I like to go to countries, where graffiti is not a common sight and where the protagonists can be counted on the fingers of one or two hands. In Beirut, for instance, almost all the active painters knew and respected each other. In India, we gave away half-filled aerosols after a public demonstration of spraying. The next day, we recognized the colors in brand new pieces all over the city. In such countries, things are fresh, experimental, people try to find their own identity using their national scripts in styles or folkloristic patterns and motifs.”

TASSO continues to create his art all over the world.