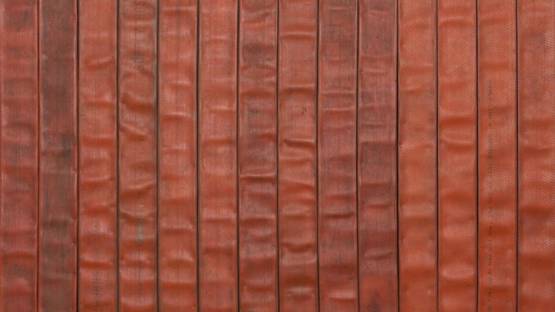 An American installation artist, Theaster Gates explores concepts of value and economy, as well as spiritual and material exchange, as they perform in charged social contexts.

Gates was born and raised in Chicago where he still lives and works. His sisters passed on their interest in civil rights activism, while he became interested in performance while singing in the choir of a Baptist church. In 1996, he graduated from Iowa State University with a B.S. in Urban Planning and Ceramics. After college, Gates worked primarily in ceramics and spent a year in Tokoname, Japan, studying pottery. In 1998 he received an M.A. at the University of Cape Town in Fine Arts and Religious Studies.

Today, Gates brings activism, project management and urban planning to his work. Many of his works evoke his African-American identity and the broader struggle for civil rights. He is currently a professor at the University of Chicago, frontman of the Black Monks, an experimental music ensemble performing works inspired by southern hymnals and the music of John Cage, and the director of the Rebuild Foundation, established in 2010 to provide free arts programming while transforming vacant structures throughout the South Side into cultural institutions.