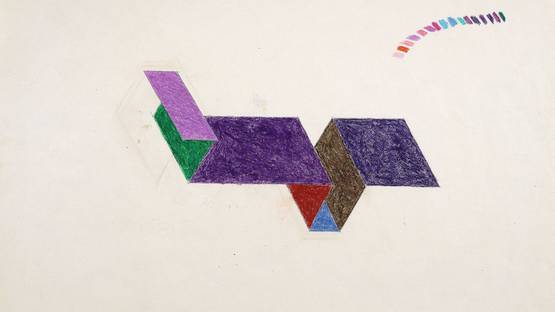 Thomas Downing was an American abstract painter known for his clear, dotted paintings. He was associated with the Washington Color Field Movement.

Born in Suffolk, Virginia, he studied at Randolph-Macon College, Ashland, Virginia where he received his Bachelor of Arts degree and later at the Pratt Institute in New York. After receiving a grant from the Virginia Museum of Fine Arts, he traveled to Europe to study briefly at the Académie Julian in Paris. After settling in Washington, D.C., he enrolled in a summer institute at Catholic University, studying under Kenneth Noland. Noland, one of the founders of the Washington Color Field Movement, became a significant influence on Downing's art. In 1964, his work was included in renowned art critic Clement Greenberg’s seminal exhibition, Post-Painterly Abstraction.

Exploring the formal possibilities of color and color-space, Downing's paintings consisted of circles of varying hues and sizes that appear to float within undefined space, arranged in precise patterns on the canvas. He often chose colors according to ideas of symmetry, suggesting an awareness of Josef Albers’s use of color-space illusionist. However, the artist himself explained that the pulsing effect of his color-mediated space was related to Helen Frankenthaler’s and Morris Louis’s works.