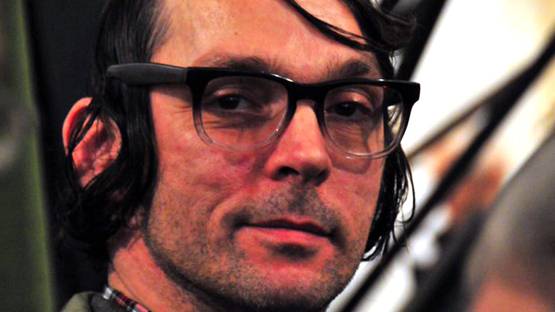 Thomas Zipp is a Berlin artist whose work has been shown throughout the world. Zipp's work consists largely of installations; these pieces involve taking the space provided to him and creating artistic statements. Zipp works in a variety of media, from paper to florescent light.

Zipp was born in 1966 in  Born in Freiburg in Breisgaus. He studied art at both the Städelschule in Frankfort and at the Slade School in London. His London studies lasted from 1992 to 1998.

Zipp's work is purposefully dark. His subjects are often controversial historical figures. Otto Hahn, the father of nuclear chemistry, and Martin Luther, the Protestant monk from the 15th-century who helped begin the schism of the Catholic Church, are featured in multiple installations. The artist’s treatment of these historical figures is that of a moralist, pointing out their flaws using his artwork. Many of his subjects are disfigured, with Zipp placing needles in their eyes or covering the subject with scribbles. Zipp doesn't limit himself to the subjects.

Thomas also extends his artistic disdain to the subject's work. In his 2008 exhibition White Dada, for example, he created a series of Dada-style montages in what appears to be a Victorian-era lecture hall, with several defaced photographs attached. The photos included a description of electro-shock therapy and images of drugs. A collection of vases completes the installation. These vases were filled with dead plants, including poppies. The combination of installation parts is a statement on the art and narcotic experiments of Dada. In the center of the installation, Zipp placed a drum kit, microphone, organ, amp and, distortion pedals. On the opening day, Zipp and his band performed, leaving the instruments behind as a rebellious statement against Dada's work. The White Dada expedition took place at the Alison Jacques Gallery in London.

This artist has exhibited in New York with his Defamation of Character at the PS1 in 2006, and he has had his work Rings of Saturn shown at the Tate Modern in London in 2006. Other showings include those at the OTTO in Copenhagen and the Transmission Gallery in Glasgow.
Zipp currently lives and works in Berlin, Germany.