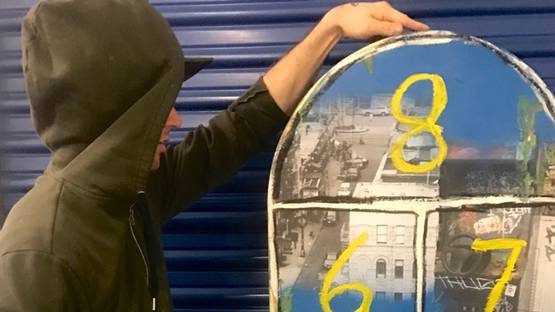 Los Angeles-based street artist Thrashbird is widely praised for his rebellious billboard takeovers wheat-pastes and political content. The artist uses humor and satire to portray relevant social issues such as our unhealthy interest in popular celebrities, selfie culture and our increasing reliance on new technological tools. The artist is known for his fierce, visually aggressive works, that question the status quo. His polarizing peaces deal with the important social issues of today and often provoke confrontation and dialogue.

Ever since he was a small boy Thrashbird wanted to create. He started his artistic career by playing with Legos and Lincoln logs but later on he went on to become one of the most authentic street artists of his generation. Gray walls inspire the artist to paint and enter the exciting world of graffiti. Throughout his childhood Thrashbird continuously subverted consumerist culture and world view. The inspiration for his work has changed through the years and now it usually consist of exploring taboos in the American life like sexuality and violence. The artist came into prominence after creating his most recognizable character named the Clone on the streets of Los Angeles. The slender figure obscured by a black hoodie is leaned inward and glued to its phone just like so many of us are every day. The character that’s more concerned with digital word that the reality that surrounds him,represent a reference to our digital addiction and inability to function without our smartphones, tablets and Macbooks.

Thrasbird is known for his satirical comments about our consumerist society 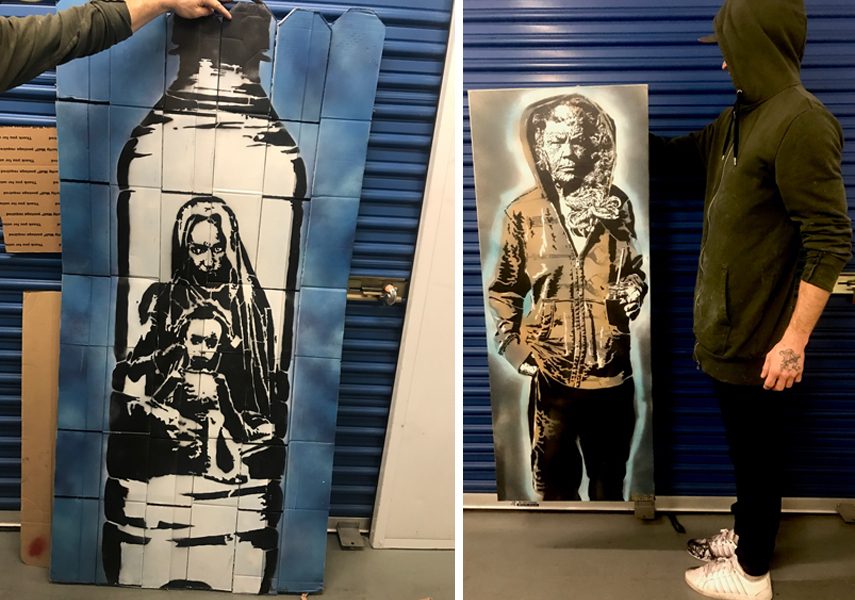 Stencil and a Plastic Figure

His Clone artworks are often stenciled on the ground so that the people who walk by texting of checking their phones can spot them and see their own urban reflection in the mirror. In 2017, the Clone was embodied in the form of the plastic figure created in collaboration with the toy production company Cadatonic. Thrashbird's artworks have been on view inside and outside of gallery walls. Recently the artist has taken his urban creations away from the streets and into the desert. By combining the natural landscape and the topography of the desert and the neglected building environments Thrashbird turns abandoned ruins around him into something joyful and nostalgic.

The artist is also known for his negative attitude towards the commercialization of street art. In 2016 Thrashbird was a guest speaker at the panel on the Commercialization of Street Art at the LA Art Show. Apart from embellishing empty walls around the world Thrashbird is also known for painting on big advertising billboards. By questioning the necessity and the visual pollution brought to us by advertising the artist takes the public space away from the big companies and replaces them with art.

Featured image Thrashbird – Portrait
All images courtesy of the artist