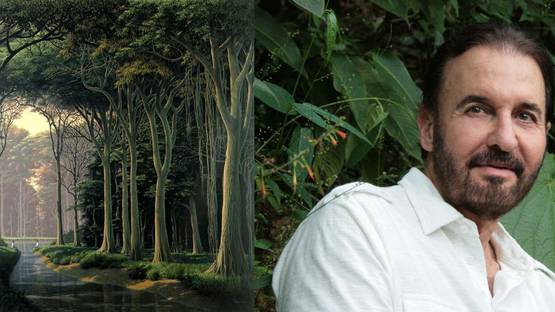 Tomás Sánchez is a renowned Cuban artist, and one of the most influential and widely celebrated Cuban painters. Sánchez is best known for his extraordinarily detailed landscapes and paintings of majestic landfills. He was born on May 22, 1948 in Aguada de Pasajeros, Cienfuegos, Cuba and at the age of 16, in 1964, he moved to Havana and began to study painting at the National Academy of Fine Arts San Alejandro. In 1966 he interrupted his studies and later, in 1967, moved to the newly founded National Art School (ENA), where he graduated in 1971. In the same year he was awarded the First Prize of Drawing for Young Artists at the National Exhibition of Arts.

From his graduation until 1976, Sánchez remained in the National Art School as engraving professor. In 1975 he won the First Prize in Painting and the First Prize in Lithography at the National Salon of Professors and Instructors of Art in Havana. From 1976 to 1978, Sánchez worked as stage designer at the Teatro de Muñecos (Children's Theater). In 1980 he won the First Prize at the XIX Edition of the International Prize of Drawing Joan Miró, for his work Desde Las Aguas Blancas, which launched his international career. The following year, he had an exhibition at the Joan Miró Foundation, Centre of Contemporary Art in Barcelona, Spain. Other awards include the National Prize for Painting at Havana Biennial in 1984, Medal of V American Biennial of Graphic Art, Cali, Colombia in 1986 and Honorable Mention at International Painting Biennial in Cuenca, Ecuador in 1987.

Sánchez has participated in numerous individual and collective exhibitions in over 30 countries all across the globe, including Mexico, the United States, Japan, Italy and France. Among his most significant personal exhibitions are Tomás Sánchez, Retrospective at the National Museum of Fine Arts, Havana, Cuba in 1985 and Tomás Sánchez, Different Worlds at the Museum of Art, Fort Lauderdale, Florida, USA in 1996. In May 2008, Sánchez celebrated his 60th birthday with a big show at the Museum of Contemporary Art in Monterrey Mexico. He currently lives and works between Miami and Costa Rica.