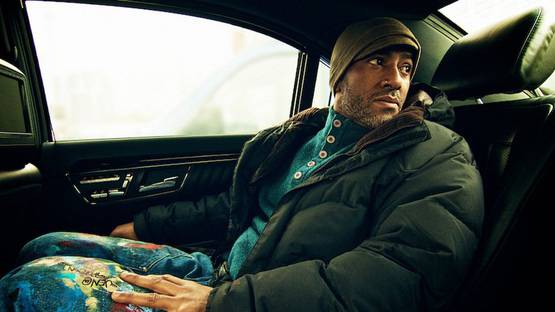 DIY ideas and rebellion culture of the 80’s largely shaped the opus of Toxic and practically made him one of the notable and prolific figures of graffiti art. His whole opus is a product of various cultural and urban influences and is inseparable from the context of the deranged city of New York back in the days. The way Toxic performed lettering, chose locations and exchanged information and advice within his community, made his approach progressive and revolutionary. With a lot of patience and courage, Toxic was focused on constant learning and therefore artistic upgrade.

The Artist From The Hood

Torrick Ablack aka Toxic was born in 1965 in the Bronx. His mother came from Puerto Rico, while his father’s family was from Trinidad. From the early age, he started hanging around with graffiti legends A-one and Koor. At 13 Toxic joined forces with A-one and Rammellzee so the trio pursued their graffiti passion on New York City subway trains and walls. During that time he chose the alias Toxic since some kids with whom he played basketball called him Toxic Battery.

Bright colors and specific lettering are main features of Toxic

The main hotspot of burgeoning street art and graffiti art was Fashion Moda, alternative gallery space in the Bronx established by Stefan Eins and Joe Lewis. It is where Toxic had his first exhibition, as well as many other artists, among which Keith Haring. The times were tough in the 80’s in New York, but the creativity was flourishing and it was difficult to do something original. Nevertheless, as the times passed by Toxic became more engaged and the end of the 80’s he moved to Italy and few years later in France.

From illegal activity on city walls to gallery spaces

Toxic met Basquiat, at that time already established artist, shortly after his show at the Annina Nosei Gallery. The two were similar in the sense of family background and general interests. In 1982, before mentioned Rammellzee, Basquiat, and Toxic traveled to Los Angeles and dubbed themselves the Hollywood Africans as a social and political comment of African Americans stereotypes in the entertainment industry. That is how Basquiat captured the whole atmosphere of the times in his painting of the same title.

One of the pioneers of graffiti art

The Significance of Toxic

All the way through the 90’s Toxic worked mostly in Europe, and as the whole graffiti genre became more and more acclaimed much of his retrospective solo the group exhibitions happened. It is worth mentioning that in 2006, with the Graffiti Basics exhibition, the Brooklyn Museum paid a tribute to the forerunners of the graffiti movement and establishes Toxic as a major artist alongside other legends, like NOC 167 and Bear 167. Toxic’s abstract pictorial space is particularly sophisticated, while particular colors, symbols and cabalist references, find their own place next to personal memories. Toxic is, together with a few others witnesses, one of the last survivors of a powerful and hugely influential group among the 80’s graffiti scene.

Toxic lives and works in Paris.