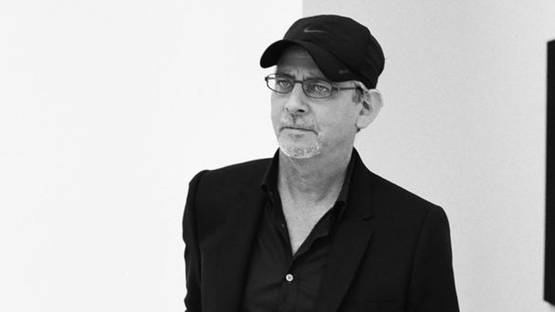 Troy Brauntuch is an American contemporary artist, known for his characteristic photo-based works and paintings created with Conté crayon on dark cotton. As a member of the Pictures Generation, the artist showed with contemporaries Jack Goldstein, Robert Longo, and Sherrie Levine in the pivotal 1977 Pictures exhibition.

Born 1954 in Jersey City, New Jersey, Brauntuch currently lives in Austin, Texas. He graduated from California Institute of the Arts with a Bachelor of Fine Arts in 1975. Brauntuch has exhibited his art work at the 2006 Whitney Biennial, and in 2000 at the Modern Art Despite Modernism exhibit at The Museum of Modern Art. His work was in two group shows in 1982: documenta 7, Kassel and the Venice Biennale. He is the recipient of numerous awards, including Guggenheim Fellowship (2010), National Endowment for the Arts Grants and Joan Mitchell Foundation Grant (1999). He was Adjunct Professor at Columbia University and teaches at the University of Texas.

Over the last four decades, Brauntuch's practice has drawn from a breadth of sources, such as newspapers, television and cinema. These elements are then assimilated on black cotton or paper through di erent reproduction techniques such as industrial letterpress printing and traditional photographic processes. He also creates ghost-like traces of images with light pastels and dark pigment.