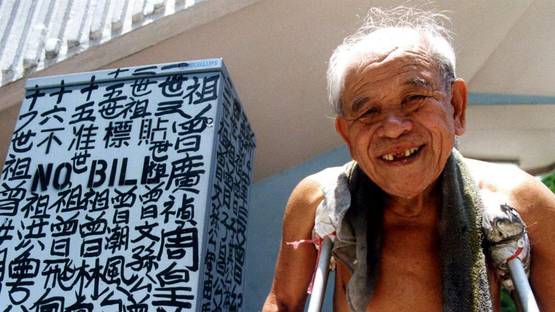 Tsang Tsou Choi, also known as King of Kowloon, was a street artist from a small Chinese village in Guangdong province.

Tsang Tsou Choi is known for painting the streets of Hong Kong with his calligraphic graffiti.

The artist died in Hong Kong, at the age of 85.