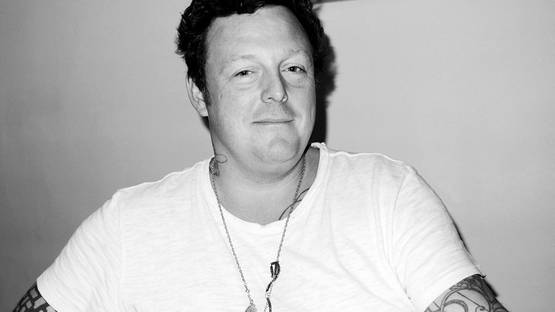 Although incredibly unique and unlike anything else present on the global scene, Urs Fischer’s work explores the most familiar genres of classical art history, investigating the fundamental assumptions of still lifes, portraits, nudes, landscapes and interiors. This author's large–scale installations, cast sculptures and assemblages simultaneously posit and reference conventional genres whilst fusing them with unordinary characteristics[1]. By doing so, this artist from Switzerland sometimes even destroys the traditional authority of famous genres. From a materials standpoint, Fischer uses a wide range of supplies in order to achieve his creative goals. His pieces are constructed from a host of materials, from wood, clay and glass to found objects that pay homage to the early avant-garde. Besides exploring the boundaries of artistic expression, another one of Urs' main aims is the spontaneous process of creating and destroying form.

The Road to Urs' Mature Art

Born in the year of 1973, Urs Fischer was a second of two children to parents who were both doctors. Interested in photo-making practices from a young age, Urs began his artistic career in Switzerland where he studied photography at the Schule für Gestaltung in Zurich. During these college days, Fischer supported himself by working as a bouncer at night clubs and house parties - one of the oddest features in an artist's biography we've encountered so far. When he was nineteen years of age, Urs relocated to Amsterdam in order to pursue his early artistic goals. However, his first solo exhibition was held back in Zurich, a show that took place in the year of 1996. Such common travels and various homes certainly never became a stranger to Fischer who, during the course of his career[2], lived in London, Los Angeles and Berlin. Nowadays, he works in New York where studios with fellow artist Rudolf Stingel. Rather appropriately since his education was acquired in Zurich, Fischer's art subversive approach to art is often considered to be influenced by anti-art movements such as the modern versions of the infamous Dada. Many have also connected this author's work with the Situationist International and the group's views on art and its varying roles.

Since the moment Fischer became a prominent figure of the world's art scene in the mid-nineteen-nineties, he has produced an immense number of sculptures and huge, often room-size, installations. Many of these pieces and various projects have enjoyed great success from both the public and the critics. Just so you can get a taste of how Urs functions and thinks, we'll mention a few of his most notable artworks and exhibitions. In his Untitled (Bread House) from 2005, Urs constructed a Swiss style chalet out of loaves of bread. Bad Timing, Lamb Chop! from 2004 featured a giant chair intersecting a half empty pack of cigarettes dramatically increased in size. Another charming piece of his is Untitled (Lamp/Bear) from 2005 - three 23-foot-tall and 20-ton bronze bears fused with generic and functional lamps that appear to spring right out of their heads. Ficher's You[3] was a 2007 show at Gavin Brown's enterprise in New York for which Fischer actually excavated the gallery's main room! Other interesting shows of this author were Skinny Sunrise[4] which presented a survey of the artist’s oeuvre and Oscar the Grouch[5] which presented us with a surreal universe of dust bunnies magnified into landscapes. This playful and extremely original approach to art making is what differentiates Urs Fischer from virtually any other artist out there - he is singlehandedly returning our faith in the presence of originality in contemporary art. He is also proving that today's art needs not to be minimalistic and repetitive to be appealing to the public. Furthermore, Urs manages to show us just how big a role does avant-garde and tradition play in our day and age which, as far as art department goes, is everything but emancipated from the history of art. Between that fact and the sheer joy of both viewing and experiencing his pieces, there is no reason why anyone should not hold Urs Fischer amidst the best authors in the Switzerland's arsenal.

Urs Fischer enjoys challenging the conventional themes and genres of art history, exploring just how far a modern and anti-art approach can take him if he applies it in an original fashion

All the Artistic Fronts of Urs Fischer

When his name came in line for featuring at the 2006 Biennial, the Whitney Museum described Urs Fischer’s artistic practices with the following statement: Founded on a consideration of the nature of substances, the act of making and the unpredictable processes that can result from combining the two. As one can expect from the Whitney Museum, this is, in fact, an extraordinary way of describing Urs and his art. Fischer's work is truly able to explore many aspects of themes, genres, techniques and materials, starting with superficial details and ending with fundamental conceptual norms. Simultaneously, his art also manages to be extremely witty and entertaining to both the casual viewer and the seasoned pundit. All of these creative fronts must be challenging to cover at the same time, but Urs seems perfectly capable of managing such high standards despite the fact the audience constantly expects him to continue and challenge their mindsets over and over again.

Featured image: Urs Fischer - Photo of the artist - Image via purple.fr
All images used for illustrative purposes only.