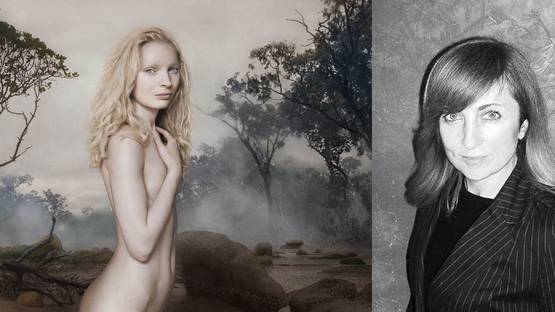 Vee Speers, born in 1962, is an Australian artist who lives and works in Paris. Since moving to France she has worked in fashion, photojournalism and today she is an established fine-art photographer. Her portraits combine elements which evoke conflicting emotions that can surprise the viewer, telling a story that is somewhere between fantasy and reality, the obvious and the unexpected.

Speers studied fine art and photography at the Queensland College of Art in Brisbane before working as a Stills Photographer at the ABC Television in Sydney in the 80’s. After moving to Paris in 1990, she began exhibiting her series Bordello, followed by The Birthday Party, Immortal and Thirteen, engaging viewers with the dramatic tension of her portraits and her unique pallet of colour.

Speers’ book Bordello with a foreword by Karl Lagerfeld is available world-wide, and her second book The Birthday Party was released in October 2008 by Dewi Lewis, UK.