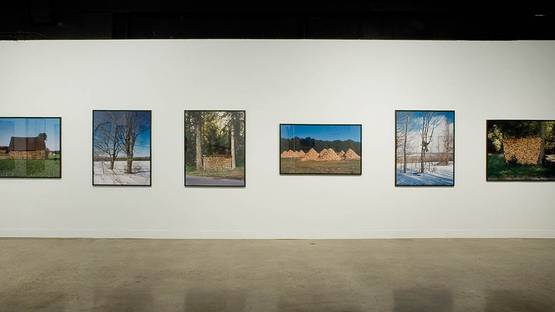 Ingelevics was born in Toronto, Canada. He was born to Latvian parents just a few years after they immigrated to Canada in the late 40s. It wasn’t before late 80s that Vid reconnected with his Latvian heritage.

Vid was actually moved by his own work, an exhibition titled Museum of Man that treated an experience of amnesia. During the show’s peak, he realized that he is no different from the man with no memories – he did not know anything about his own family and its roots. Ingelevics visited Latvia in 1989, and that journey inspired him to create an installation for the exhibition titled Stories of Displacement, dedicated to his mother and her two sisters as they fled Latvia in 1944 just ahead of the Red Army.

Ingelevics’ work as an artist shows a strong interest in issues such as the local urbanism in Toronto, as well as the complex role of the institutional photographic archive for the understanding of the past. Vid’s curatorial projects are exploring the relationship between photography, archives and the public museum. Currently he holds the position of Associate Professor at Ryerson University, where he teaches Documentary Media in both undergraduate and graduate program.