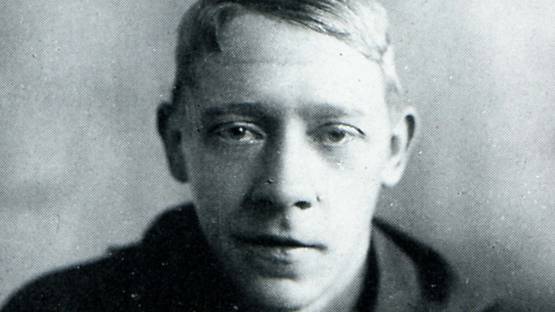 Most remembered as the creator of iconic but never realized Monument to the Third International, Vladimir Tatlin was a central person of the Russian Constructivism, the most influential modern art movement which, starting from the ideas of Cubism, Suprematism, and Futurism developed a completely new approach to making artworks focusing on construction. Abandoning traditional pictorial concerns that he gained during his training for icon painter, the artist took an interest in materials such as metal, glass and wood and their implementation into objects that were between sculpture and architecture. With the aim of subjugating art to modern purposes and bringing it to the service of everyday life, Tatlin’s work defined the avant-garde strivings in the 20th century that became the touchstone of the utopian ideas for future progressive generations. In favor of the postulates of the Russian Revolution, he began something that would be later used for the production of the advertising and propaganda for the state.

Tatlin was born in 1885 in Kharkov, Ukraine as the son of the father railway engineer and the mother poet. At the age of seventeen, he ran away from home to work as a merchant sea cadet traveling around the Eastern Mediterranean countries for almost a year. Enjoying copying religious frescoes when he was young, it was the natural path to pursue the studies of an icon painter, inspired by various principles and Russian folk traditions as the woodcut or lubok – popular print with simple graphic depicting characters from literature, religious or popular tales. His experience at sea was recorded in the early Self-portrait (1911) as a sailor, where is the more important his interest in mixed media. Combining different textures of paint which were in certain areas applied in thin strokes and in the others showed multiple layers, his approach and the way of placing the background figures relative to the subject of the paint, reflected the influence of religious icons. From 1902 to 1904, he attended the Moscow School of Painting, Sculpture, and Architecture, continuing his education at the Penza School of Art, under Aleksey Afanas’ev, his great role model because of his progressive ideas that addressed the social and political concerns of contemporary Russia. Deciding to resume his studies at the Moscow School of Painting, Sculpture, and Architecture, Tatlin found himself in the company of the leading avant-garde artists, such as Vesnin brothers, David and Vladimir Burluk, Mikhail Larionov, and Natalia Goncharova with whom he developed the close friendship[1]. Getting familiar with Larionov’s movement Rayonism that followed the ideas of Futurism advocating the fragmentation of the object through the reflected rays and its relation to the spatial environment, he started to apply these principles onto his non-utilitarian sculptures. His work, exhibited in Odessa, Moscow, and St. Petersburg has been met with an acceptance by both critic and audience. The year 1913 was the milestone of his artistic ideas, when he, during his visits to Berlin and Paris, met Pablo Picasso and comprehended his Cubist analysis of form which left a great impact on the artist which was reflected in his collage and assemblage works composed of industrial materials. His relief The Bottle (1913) represents the transitional piece, something he called “painterly relief”, with visible Picasso’s influence, but still not completely abstract and three-dimensional. Combining the various industrial materials with analysis of form, he produced the piece that has not been totally liberated from the painterly surface. But next year, he already started to make “counter-reliefs”, more focused on the materials and spatial occupation, closer to abstraction and placed in the room corners with the aim of resembling architecture. The most important innovation that he announced was the use of space as the part of the construction. These pieces embodied artist's motto “art into life”.

Artworks in the Service of the Communist Regime

His earliest influences of religious icons, folk art, and Impressionist artists that he had a chance to see in Moscow collections are visible in his paintings such as The Nude (1913) that emphasized the volume and skewed perspective and also materiality of the paint which was the core of his later experiments with industrial materials and their natural properties. Although apolitical and indifferent to everything that has nothing to do with art, over the time Tatlin’s work started to address social concerns assimilating the artist and proletarian and, due to that, his work with mass-produced goods. The artist became obsessed with the proclamation of social change through innovative works designed for everyday life. As the culmination of his earlier counter-reliefs, his biggest, and at the same time unrealized project Monument to the Third International (1919-1920), also known as Tatlin’s Tower, symbolized the ideal communist society of the new modern age. Designed to be a functional object, conference and propaganda center for the Communist Third International, this 1,300 feet tall spiral steel construction was supposed to be the highest structure in the world, more functional and prettier than the Eiffel Tower[2]. The space for meetings was divided into three rotary glass units, a cube, cylinder, and cone. His choice of steel and glass as the symbols of industry, technology, and the machine age is in accordance with mobile geometrical shapes that embodied the dynamism and modernity. The project was displayed at the VIII Congress of the Soviets and later became the main feature of the Soviet Pavilion at the 1925 Exposition of Decorative Arts in Paris.

During the early 1920’s, besides his monumental Constructivists projects, Tatlin worked in the Department of Material Culture in St. Petersburg creating clothing designs for the working class, practical and comfortable garments convenient for all seasons. He has also participated in a campaign to restructure the society by designing household devices and furniture more convenient for modern life. Becoming interested in teaching and sharing his thoughts to the next generations, Tatlin accepted the professorial position at Svomas in Moscow and St Petersburg where he also established the Museum of Artistic Culture for the experimental study of art. Considering theater as an important part of the avant-garde actions where the wider audience could experience progressive strivings, Tatlin designed and performed Velimir Khlebnikov’s poem Zangezi, creating mechanized geometric planes following the poem’s trans-rational word constructions. With the constructivist industrial design work as the new art form, the group of artists from the Moscow Institute for Art Research (INKHUK), including Rodchenko, Lyubov Popova, El Lissitzky, Stepanova, and Alexei Gan founded the First Working Group of Constructivists, also known as artists-engineers. Alexei Gan, the theorist, was the author of the Constructivist Manifesto published in 1922, in the same year when INKHUK promoted the Theory of Productivism that advocated the abandonment of traditional art, putting all kind of artists into the service of industrial design[3]. Tatlin's last major work that also marked the end of his career dedicated to the Constructivist thought, Letatlin (1929-1932), represented a human-powered flying machine. Exploring the bird’s flight and the structure of the wings, even dissecting them to the purposes of better understanding, his visionary project was directed toward constructing the mechanism that would allow people to fly.

In the purpose of creating the flying machine, Vladimir Tatlin explored the bird’s flight and the structure of their wings

End of Constructivism and Russian Avant-Garde

In the early 1930’s emerging Social Realism became the official and only appropriate style of the new Soviet state regime, so the Constructivism as the rest of avant-garde vanished out of the cultural scene. Retreating from innovative artworks, Tatlin remained active until his death but dedicated to the oil painting limited to still lifes processed in an expressionist manner. Vladimir Tatlin died in obscurity, on May 31, 1953, and was buried at Novodevichy Cemetery in Moscow. Although awarded the title of Honored Art Worker of the Soviet Union, he was never accepted by the Stalinist administration. He remained remembered as the leading person of the Russian avant-garde who was the author of the most influential pieces of Constructivist ideology. The greatest proof of his magnificence is the fact that his Tower, even never realized became the icon of modernity and inspiration for further generations. His corner counter-reliefs changed the relation of the sculpture and its surrounding and his ideas made a long-lasting impact on the several art movements of the second half of the 20th century by introducing the new artistic forms.