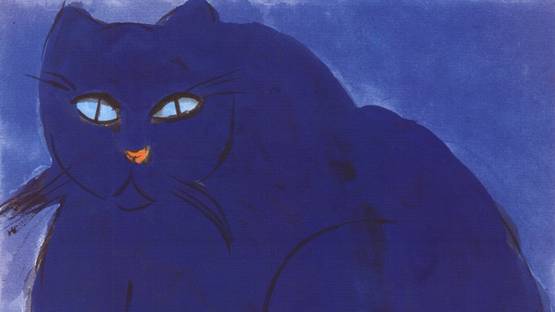 Walasse Ting was a Chinese-American visual artist and poet, garnering critical praise and a popular following for his colorful works blending Eastern and Western style. Born in 1929 in Wuxi, China, Walasse briefly attended the Shanghai Art Academy, but always considered himself to be self-taught, learning to draw with chalk on the street at a young age.

In 1952, he immigrated to Paris and became associated with the avant-garde group COBRA. In 1958, he settled in New York during the height of the Abstract Expressionist and Pop Art movements. His work began to transition from black and white abstractions reminiscent of Zao Wou-ki, to boldly colored figurative works blending calligraphic brushstrokes with splatters, splashes, and bright fields of color. His widely collected series of female nudes exemplify his embrace of this decidedly Western, vivid coloration. He befriended Sam Francis, who helped publish 1 Cent Life (1964), a book of Walasse's poetry illustrated by artists, Andy Warhol, and Francis, among others.

Walasse was awarded the Guggenheim Fellowship Award for drawing in 1970. Toward the end of his life, Walasse split his time between New York and Amsterdam. His works can be found in many museum collections including the Metropolitan Museum of Art, the Guggenheim, the Tate Modern, and Centre Pompidou.