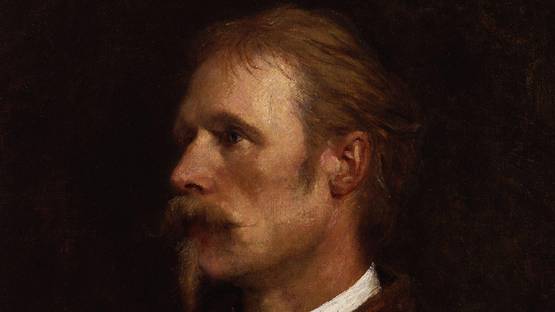 Walter Crane was an English book illustrator whose wonderfully romantic depictions of famous fairytales and stories can be found in numerous old books for children. He is one of the most influential and most prolific children's illustrators of the late 19th and early 20th century. His work is known to feature colorful child-in-the-garden motifs, which became more common among artists after he popularized them. Walter Crane was also a part of the Arts and Crafts movement and it addition to his illustrations, he made many paintings, ceramic tiles and similar objects typical for Art Nouveau. The artist is also associated with the international socialist movement. 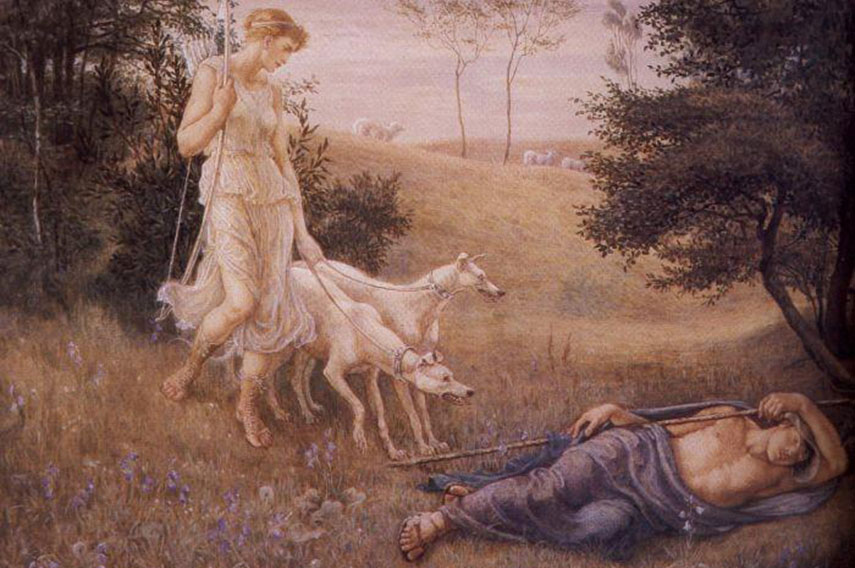 Crane comes from the artistic family. His father, Thomas Crane, was a portrait painter and miniaturist, his brother Thomas was also an illustrator, while his sister Lucy was a famous writer. It was quite natural that Crane was interested in arts since his teenage days. He was curious about various new art movements and he was appreciating the aesthetics of the Pre-Raphaelite Brotherhood. Crane has achieved a great success already with one of his earlier pieces, which was the illustration of Tennyson's poem Lady of Shalott. Initially, this illustration strongly impressed a wood-engraver William James Linton, with whom Walter Crane worked for three years, studying the art of engraving. Crane has also admired the masterpieces from the era of Italian Renaissance as well as the Japanese color prints. All these different influences can be seen in his beautiful, romantic imagery, which skillfully and seamlessly bring together diverse styles.

Crane was curious about various new art movements and he was appreciating the aesthetics of the Pre-Raphaelite Brotherhood and vintage, decorative artworks 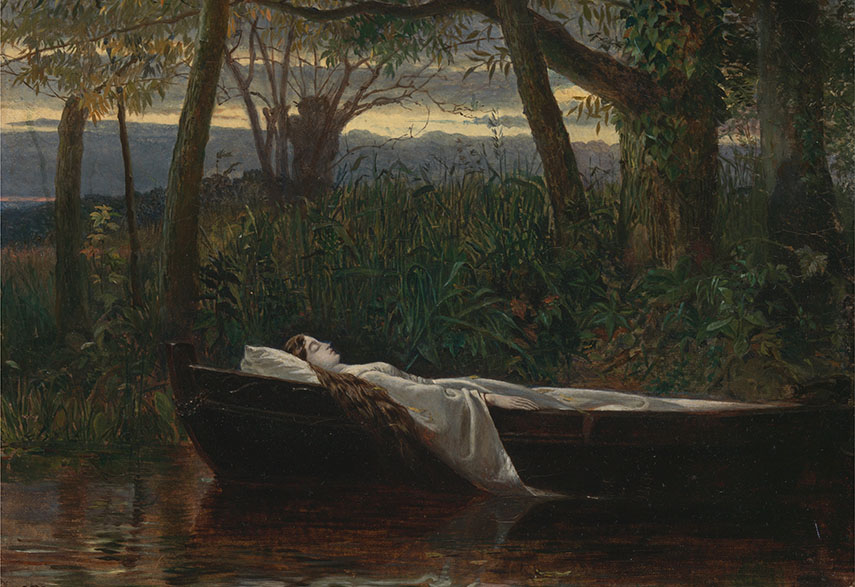 Walter Crane - The Lady of Shalott, 1862 - image via wikiart.org[/caption]

Crane's Interest in Politics and Anarchists

Around the 1860s, Crane began to actively participate in politics. He was supporting the Liberal Party and some of their radical politicians such as John Bright, Henry Fawcett, and William Gladstone. Over the time, Crane developed socialistic views and he was known to speak in favor of the party who tried to overthrow the French government in the 1870s. His art at the time was quite influenced by his political ideas. He devoted a lot of attention to designing useful textiles and house decoration and he provided visual solutions for art for the weekly cartoons of the socialist institutions, such as Justice, The Commonweal, and The Clarion. Crane has also devoted a lot of his time and energy to the Art Workers Guild and the Arts and Crafts Exhibition Society. His political activity also lead to his role of a Vice President of the Healthy and the Artistic Dress Union. This union has interesting and innovative ideas when it comes to fashion and they were opposing the mainstream trend of wearing corsets. They even wrote numerous pamphlets on these issues, including one named How to Dress Without a Corset. Even though Crane wasn’t an anarchist, he was collaborating with a couple of libertarian publishers, like Liberty Press and Freedom Press. He even decorated the facade of The Bomb Shop, which was a left-wing and radical literature bookstore. The most controversial thing Crane has done when it comes to politics was his support of the four Chicago anarchists, which got executed in 1887. Because of this incident and Crane’s support of the Chicago anarchists, Crane couldn’t find any patrons and financial support in the United States. The incident is known as the most dramatic episode in Crane’s career.

Even though Crane wasn’t an anarchist, he was collaborating with a couple of libertarian publishers 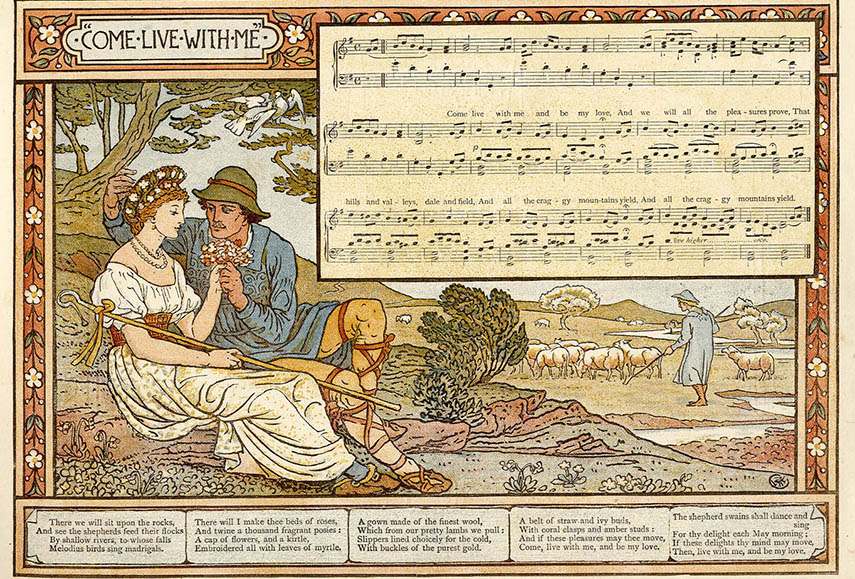 In 1862, Crane’s legendary work The Lady of Shalott was exhibited at the Royal Academy, but later on, the Academy refused to showcase his mature work, so Crane stopped his collaboration with them. He accepted the offer of a printer Edmund Evans to illustrate yellowbacks and they began working on toy books and fairy tales. From 1865 to 1876 Crane and Evans together made several very successful books each year. Thanks to Evans, Crane discovered that he had a natural predisposition to illustration, just like his father and brother. Crane’s illustration style is prevalently rooted in the masterpieces of the Italian Renaissance. However, in order to enrich his art, Crane began implementing the elements of Japanese woodblocks and of Greek sculptures. The main elements he uses are the emphasis on the lines and the use of negative space, typical for Japanese pieces. All of his works are inspired by the world of fantasy because Crane preferred his wild imagination and avoided depicting scenes of routine daily life. His works in children’s books brought him a strong world-wide reputation. He had worked with the eminent Brothers Grimm as an illustrator for their tales such as Snow White and The Frog Prince. Together with Evans, Crane illustrated the nursery rhymes such as Sing a Song of Six Pence and even educational books such as Grammar in Rhyme. His other famous pieces include illustrated editions of Edmund Spenser's Faerie Queene and The Shepheard's Calendar, as well as Ali Baba and the Forty Thieves (1873), The Happy Prince and Other Stories by Oscar Wilde (1888). Crane also wrote and illustrated three books of poetry, Queen Summer (1891), Renascence (1891), and The Sirens Three (1886).

Decorative Art movement was initiated by William Morris in the second half of the 19th century and Crane was one of its main representatives. The movement was trying to oppose the degradation of life which was initiated by the mass production in the Victorian Era. The result of the mass production was the poor and lifeless design of household objects and the goal of the Decorative Art movement was to induce a handcrafted feel into non-artistic products and objects of everyday use. Crane has created many beautiful pieces which were meant to serve as a decoration for housing, such as creative floor tiles, unusual wallpaper, ceramics, textiles, and beautiful stained glass. By the means of his dedication to this movement, Crane proved that he could inhale beauty and grace into any product or medium.

Crane has created many beautiful pieces which were meant to serve as various types of decoration for housing, such as creative floor tiles

Crane’s mature work became quite versatile. Instead of concentrating just on illustration, Crane began producing plaster relief, tiles, stained glass, pottery, wallpaper and textile designs. In all of these pieces, he applied the famous principle of design - the artist works freest and best without direct reference to nature, and should have learned the forms he makes use of by heart. The first exhibition of his non-illustration works was held at the Fine Art Society gallery in 1891. Eventually, this became a traveling exhibition and it toured not only the United States but also Germany, Austria and Scandinavia. Around the same time, Crane was also commissioned to paint a series of murals for Red Cross Hall in Southwark. This was an entirely new and exciting project for Crane and he has created designs for nine panels which were afterward converted into large size murals. Later in his career, Crane has joined the academia and started a new chapter of his career. He gave lectures at the Birmingham School of Art and these lectures were eventually published in his book Line & Form. His lectures were known to be quite straightforward and practical. For example, in Line & Form, he explains that the shape of a fruit used in decorative arts should influence the shape of leaves surrounding it, in order to create a good balance of forms. One of Crane's last important works was his lunettes, shown at the Royal West of England Academy in 1913. The artist died in 1915 in Horsham Hospital, West Sussex and he was survived by his three children, Beatrice, Lionel, and Lancelot.

Later in his career, Crane has joined the academia and started a new chapter of his career

Crane’s works, no matter are they illustrations or his other pieces, display a painstakingly beautiful attention to detail and balance of colors and forms. The artist’s huge legacy includes his book drawings which are still popular among the children around the world, just like the Grimm brothers' stories. The same goes for his precious everyday items, such as tiles. Crane’s work is still being the part of group exhibits, an entire century after his death. His latest show was held in 2016, in Victorian and Albert museum in London, under the name Botticelli Reimagined.