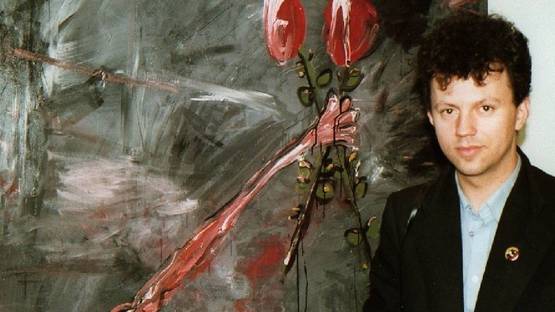 Walter Dahn is a German painter, born in 1954 in St.Tönis/Krefeld. He became known for working in the style of the Junge Wilde or Neue Wilde, and being one of the leading painters of the group Mülheimer Freiheit during the 1980's.