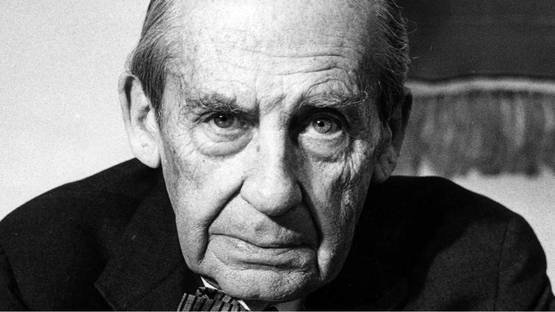 Regarded for the development of the modern architecture, Walter Gropius was a prominent and widely influential artist of the 20th century. He was a founder and the first director of the Bauhaus, whom he remained committed for the rest of his life. For him, Bauhaus was a laboratory of the arts, where the traditional crafts were merged with the modern postulates enabling various disciplines to interconnect in a completely new way. Gropius was a great visionary manager who succeeded in his attention to making art a social concern during the post-war vicissitudes. His size is also reflected in his ability to continue the career in exile in America as an avant-garde architect.

Gropius was born on May 18, 1883, in Berlin to an upper middle-class family. As a son of an architect, it was a natural path to study architecture at the Institutes in Munich and in Berlin-Charlottenburg. He built his first building before he finished his studies, the farm laborer’s cottages in Pomerania, 1906. After the one-year travel over the Europe, he joined the office of the prominent designer and architect Peter Behrens, along with Ludwig Mies van der Rohe and Le Corbusier. During this period, he refined his strivings and decided to promote his own ideas on the arts. In 1910, Gropius opened his own company for designing furniture, wallpapers, objects for mass-production, automobile bodies and diesel locomotive. His growing intellectual leadership was confirmed by his design of two significant buildings, factory Fagus-Werk in the town of Alfeld an der Leine (1911) and the model office and factory buildings in Cologne (1914), created for the Deutscher Werkbund Exposition. Made in the collaboration with Adolf Meyer, both projects were the pioneering works of modern architecture.

Gropius built his first building before he finished his studies

Founding of the Bauhaus

During the World War I, Gropius served at the front line. Even before the war, he was connected with Weimar. His concept of merging the Kunstgewerbeschule" with the "Hochschule der Bildenden Künste with the aim of creating a consultancy for industry, commerce and crafts laid the base for the Bauhaus which was founded in Weimar in 1919. His aims and ideas were explained in the Founding Manifesto, a four-page edition with the famous image of Cathedral woodcut by Lyonel Feininger on its cover. He was the director and as the first three teachers, he hired artists Johannes Itten, Gerhard Marcks and Lyonel Feininger. Later on, through the school had passed Georg Muche, Paul Klee, Oskar Schlemmer, Wassily Kandinsky, Josef Albers, and László Moholy-Nagy. The innovative educational approach included the dualistic training in the workshops with a craftsman, who was a master of works, and with an artist – master of the form.

His ideas were explained in the Bauhaus Founding Manifesto

Experiencing the political resistance from the authorities, in 1925 Bauhaus was forced to move in the industrial city of Dessau, in a new building designed by Gropius himself. The cubic body of the building with visually heightened corners allowed the glass surfaces to overlap the edges, emphasizing the impression of lightness. In 1927, he resigned his director position, and the Bauhaus continued to exist until 1933. He was truly dedicated to his architectural practice and promotion of New Architecture. But the rise of Adolf Hitler in the 30’s forced Gropius to leave the Germany and in 1934 he emigrated to England, and three years later to the USA, invited to teach at Harvard. In 1938, Gropius founded a collaborative architectural practice with Marcel Breuer which attracted numerous commissions for private houses, including his own house and famous Pennsylvania Pavilion for the 1939 New York World’s fair.

The Late Years and TAC Foundation

Realizing his lifelong belief in the significance of teamwork, in 1946 Gropius founded The Architects Collaborative (TAC) which was one of the best known and respected architectural offices around the world. The group of younger architects realized numerous projects, among is the Graduate Center of Harvard University in Cambridge. Walter Gropius died in 1969 in Boston. One year before he was elected to the National Academy of Design, first as an Associate, and later become a full Academician. Throughout his life, he was deeply committed to the recognition and spreading the Bauhaus idea. His influence as the educator is equally important as the architect. His design is deprived of subjective aspects in favor of reaching for intellectual solutions. Believing that all design, whether of a chair or a building, should be approached in essentially the same way – through the systematic study of needs, using modern materials and techniques and without reference to previous styles, Gropius made a significant reversal in the history of architecture.