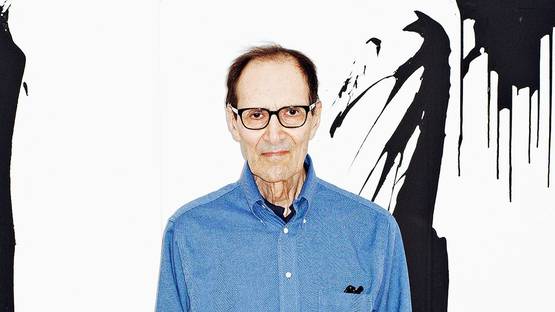 William Anastasi is concerned as one of the pioneers in conceptualism and minimalism. He is famous for his Subway, Pocket, and Walking drawings that explore the autonomy and functions of the artistic objects. The artist has established a very interesting and intriguing approach in which he investigates the relationship between the sound and sight, by making blind artworks with eyes closed while listening to the music. His interdisciplinary practice includes paintings, sculptures, photography, and installations. The site-specific locations allow different environments to determine certain elements of creations. The large influence on him has the interest in meditation and everyday experiences that inspire him more than the usual catchy objects.

The artist was born in 1933 in Philadelphia where he grew up. When he was 12 he attended his first art class at a school, where his picture was chosen as the best one of the day. As he says in an interview, his mother had an idea, ever since he was little that the best thing he could be in life is to become an artist. In the early 1960’s he moves to New York. Here he got to know with Marcel Duchamp’s theoretical approach to art making. William is also known for playing chess with his peer John Cage, but also for exploring the relationship between human and its recording mechanisms through the use of visual arts and sound. At the beginning, he used to draw abstract art that was on his mind.

In 1961 Anastasi created Relief and Microphone, which in some way represent the first examples of Conceptual Art. After that between 1963 and 1966, he made Sink, Issue, and Trespass- works that include deconstruction. En Route is one of the first steps to Minimal Art. His other pieces like Microphone or Beethoven’s Fifth Symphony include auditory elements, in which tape recorder records its own music. As mentioned before, William gives a lot of attention to meditation and the movement, so he developed the series that include both, letting the motion of train to transform lines onto paper. The Walking drawings gave him an idea and freedom to use movement as the energy for the paintings. From this point, he developed his Subway and Pocket drawings as a continuation of the previous.

William gives a lot of attention to meditation and the movement

In 2010 Anastasi was awarded The John Cage Award, from the Foundation for Contemporary Arts. Between 1984 and 1990 the artist was appointed Artistic Advisor to the Merce Cunningham Dance Company with Dove Bradshaw. He also gave lectures at the School of Visual Arts, the Whitney Museum of American Art, the Art Institute of Chicago, The Museum of Modern Art in New York, and the University of Pennsylvania. Author’s works were part of the exhibition at The Museum of Modern Art, the Guggenheim Museum, and Leubsdorf Art Gallery in New York, the Walker Art Center in Minneapolis, and at the National Gallery of Art in Washington, among other places.

He lives and creates in New York, USA.

Featured image: William Anastasi – Portrait – Photo via purple.fr
All other images copyright of the artist; All images used for illustrative purposes only