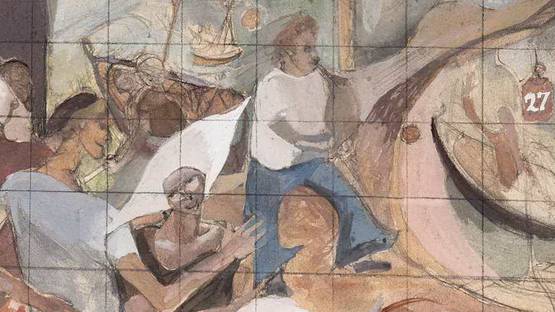 William Gillies was born in Haddington, East Lothian. He had just enrolled at the Edinburgh College of Art, when he was called up for service in World War I with the Royal Engineers.[1] After the War, he returned to the College, and after graduation taught there for over 40 years with other notable Scottish artists including Adam Bruce Thomson. He was Principal of the College from 1959 until his retirement in 1966.