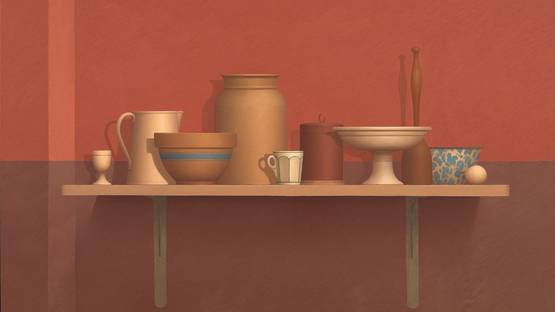 William H. Bailey was an American artist best known for his still lifes, landscapes, and figurative works. His work is in major collections, including the Museum of Modern Art in New York, and the Museum of Fine Arts in Boston.

Born in Council Bluffs, Iowa, Baley studied from 1948 to 1951 at the School of Fine Arts at the University of Kansas. His studies were interrupted by World War II, during which he served in Japan and Korea. After the war, he earned a B.F.A. and an M.F.A. at Yale, where he studied with Josef Albers.

Baley was strongly influenced by the work of the Italian still-life painter Giorgio Morandi and the pre-Renaissance artist Piero della Francesca. However, his work did not come from observation, but from memory and sketches. "I have been variously described as a realist and as a classicist," he once said. "The paintings I do are not from life—they're made up, but they're made up from real situations. All these things come from my memory really.” His works feature calm arrays of pots, jugs, eggs, and bowls, making up an ideal form-world. His works were distinguished by an unmistakable style and a characteristic meditative searching for particular moments of aesthetic challenge.