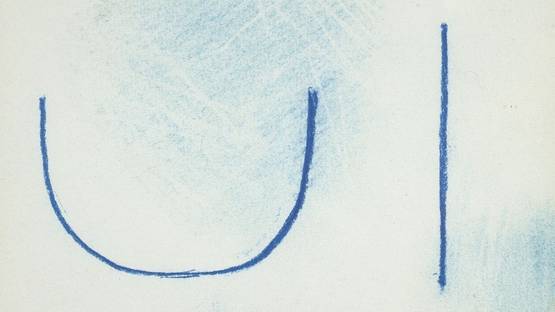 William Scott was a British artist, known for still-life and abstract painting. He is one of the most internationally celebrated 20th-century Ulster painters. Drawing from the various forms found in daily life, he created works characterized by flat areas of color and descriptive lines.

Born in 1913 in Greenock, Scotland, William was educated at the Model School and attended night classes in art at the Technical School, taught by Kathleen Bridle. In 1928, he went on to Belfast College of Art, and in 1931 he won a scholarship to the Royal Academy Schools in London.

Described as the best painter of his generation in England, he chose objects without any glamour as his subjects, such as pots, pans, bowls, plates of mackerel, pears and so on. Dissolving the distinction between the abstract and the figurative, he turned these subjects into flat forms on large areas of color, imbued with a certain tension and a lyricism. “I am an abstract artist in the sense that I abstract. I cannot be called non-figurative while I am still interested in the modern magic of space, primitive sex forms, the sensual and the erotic, disconcerting contours, the things of life,” he once said.