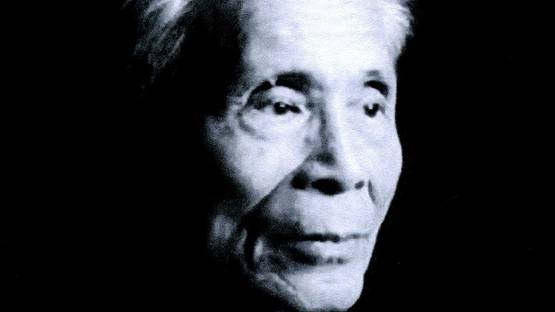 Wu Guanzhong is one of the best known contemporary painters of Chinese origin. Wu has painted various aspects of China including much of its architecture, plants, animals, people, as well as many of its landscapes and waterscapes in a style reminiscent of the impressionist painters of the early 1900s. He has published collections of essays and dozens of painting albums. His paintings were exhibited at the British Museum in 1992, which was the first for a living Chinese artist.

Wu Guanzhong was born in Yixing, Jiangsu Province, in 1919. In 1935, Wu passed the entrance exam and studied engineering at Zhejiang Industrial School, a technical school of Zhejiang University in Hangzhou. In 1936 he transferred to the National Arts Academy of Hangzhou, studying both Chinese and Western painting under Pan Tianshou ( 1897-1971) and Lin Fengmian ( 1900-1991). In 1947 Wu travelled to Paris to study at the École Nationale Supérieure des Beaux Arts on a government scholarship. He has told of his admiration for Utrillo, Braque, Matisse, Gauguin, Cézanne and Picasso, and especially for Van Gogh, to whose grave he has made pilgrimage.

Wu Guanzhong introduced aspects of Western art to his students at the Central Academy of Art in Beijing. The Academy was known to have been dominated by social realism and Wu was called "a fortress of bourgeois formalism". Refusing to conform to political dogma, he was transferred from one academy to another. At the start of the Cultural Revolution in 1966, he was banned from painting, writing and teaching, and in 1970 was sent to Hebei Province for hard labor.

Wu's paintings have the color sense and formal principles of Western paintings, but a spirit and tonal variations of ink that are typically Chinese. Natural scenery is reduced to its essentials - simple but powerful abstract forms. He has had solo exhibitions in major art galleries and museums around the world, including mainland China, Hong Kong, Singapore, Tokyo, Taipei, Korea, England, and the USA.