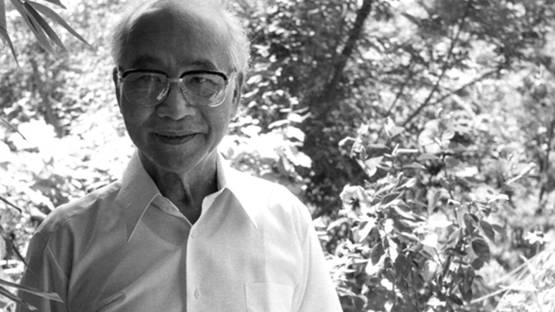 Wu Zuoren, born in Jingxian County, Anhui Province in 1908, was a renowned oil painter and ink-and-wash artist, known for his depictions of the natural scenery and elements of folk culture prevalent in western China. Wu attended the Shanghai University of the Arts, as well as the Ecole des Beaux Arts in Paris and the Royal Academy under Alfred Bastien in Brussels. After returning to China in 1935, Wu taught at the Central University in Chongqing, than relocated in Nanjing.

In 1943 at the age of thirty-five, he began a period of travel in the Qinghai Tibet Plateau, living with herdsmen in the Gobi Desert while painting galloping yaks and camel caravans on the vast highland plains. Wu's sympathetic portrayals of the lives of the minority peoples and his majestic landscapes celebrating China's vast resources were consonant with the current political agenda: broaden the appeal of art, address the lives of the common folk and confirm a nationalistic spirit. He increasingly used brush and ink rather than oils to express succinctly the movement, light and humor of his subjects.

In 1946, Wu and Xu Beihong took over the Beiping State Academy of Arts, where he served as a professor and dean of studies. In 1947, he returned to Europe for a series of solo shows in London, Paris, and Geneva. In 1949, he accepted a position as a professor in the Oil Painting Department of the Central Academy of Fine Arts in Beijing, and became director in 1958. He also served as president of the Chinese Artists’ Association and vice-president of the China Federation of Literary and Art Circles. In 1984, Wu was given the Most Noble Medal of Art and Literature by the French Ministry of Culture, and, in 1986, received an honorary Medal of Arts from the king of Belgium. From the 1950s he held an honorary post at the Central Academy of Fine Arts in Peking.

Wu died in Beijing at the age of 88. Today, he is remembered as one of the few Chinese artists to achieve acclaim, both for his Chinese ink works and his Western-inspired oil paintings.