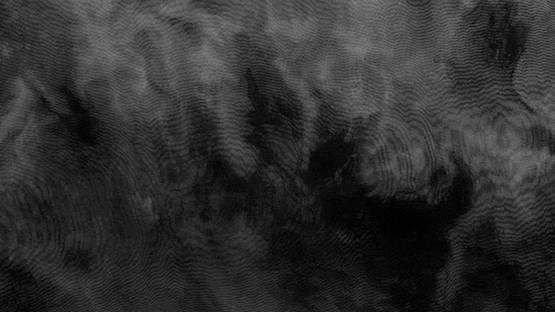 Art is all about engaging the senses; whether it’s audible, visual, or art that has you physically involved in it, people are looking for pieces that will indulge the senses and stir the process of thought. However, there’s often more to it than what meets the eye, and it could be said that it is as important as the part that we do see. Placing such emphasis in her installations, sculptures and paintings, Yoonjin Jung reveals the unseen that surrounds her pieces, as well as carefully leaving some parts out for the viewers to discover for themselves.

The main theme of her work has been portrayed even during her student days, as she received her master's degree in fine art at Slade School of Fine Art at the University College London. Her practice of “Seeing the Unseen” draws its roots from the emptiness of oriental painting, one that has followed her work ever since. The tangible invisibility is often portrayed through the material, as Jung paints her pieces on translucent silk, or in the “unused” parts of the work. It may seem like chunks of the canvas are just vacant, but they have been planned as carefully as the painted pieces, expressing the relation between the visible and invisible.

The tangible invisibility is often portrayed through the material

Negative Space of her Installations

Inheriting the concept of the unseen part of what we do perceive, Jung’s installations and sculptures give the idea a whole new dimension. Making a parallel with the invisible elements that surround us daily, hardly ever noticed but essential to life like air, light, and water vapors, she creates site specific installations that are formed around an absence of space - or negative space - which is as important as the rest of the figure. Her Seeing the Unseen series utilizes the same approach, as it gradually changes in order to reveal the parts that weren’t perceivable before. Work of Yoonjin Jung has brought her great acclaim, and it has been justly awarded in Korea, UK and USA.

We hardly notice something invisible in our daily lives, said Jung

Creating cleverly constructed sculptures and installations, as well as paintings, Yoonjin Jung’s concept carries over to the complexity of daily life. “I think something invisible is more important than something visible, and we hardly notice something invisible in our daily lives,” said Jung, giving her works a line of thought that complements their artistic beauty. Putting an emphasis on what is there but cannot be seen, Jung invites the spectator to see past the visible elements and cross the boundary into the invisible. Engaging all senses, her works grip the attention as viewers discover the space of emptiness.