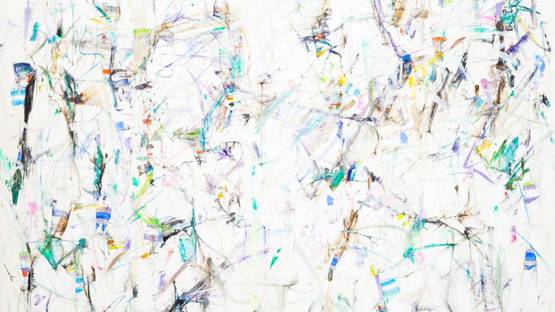 Young-il Ahn was an established Korean abstract artist who gained prominence for depicting water continually through his work. Since the near-death boating incident that happened in 1983, Ahn was focused on the ocean’s infinite and captivating texture, light, and color. In general, his painterly practice is associated with the Korean artistic movement Dansaekhwa that emerged in the late 1960s characterized by the exploration of both the material and spiritual properties of media, as well as tactility.

Ahn studied art at Seoul National University and his work was frequently showcased at the Bando Gallery in Seoul that was active during and after the Korean War. In 1966 the artist moved to New York, and shortly afterward to Los Angeles, where he remained to live and work until his death in 2020. Young-il Ahn is the first Korean-American artist who had a solo exhibition at the Los Angeles County Museum of Art.