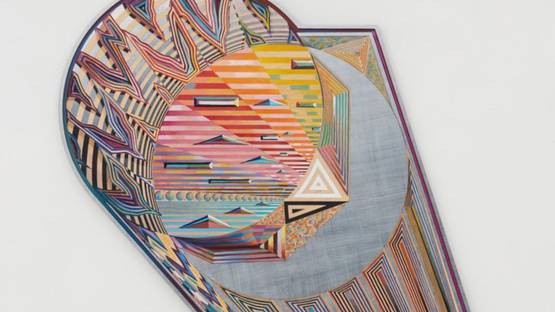 A contemporary American artist, Zach Harris is best known for his carved panel paintings that combine mystical imagery, illusionistic patterning, and intricate figuration. These works both honor and obscure the art histories that they draw from.

The psychedelic visions of Zach Harris immerse viewers in the unfathomable depths of mysterious cosmologies, suggesting timeless rituals, which have yet to be deciphered. His paintings are characterized by the use of repetition and internal frames and the color palette of subdued browns and deep ochres. These works evoke a range of influences from folk art to a diversity of Eastern and Western art-historical traditions, including the highly demanding ornamental quality of Persian miniatures, the elaborate woodwork of Christian altarpieces or the radial vibrancy and spiritual dimension of Tibetan mandalas. “Within a single small shape one can detect worlds within worlds where logic fields resolve and contrast endlessly with one another,” the artist explained.