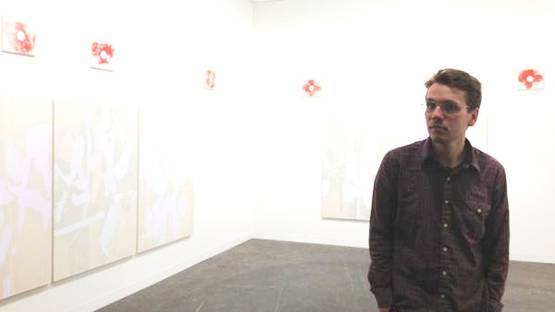 Zak Prekop is an American artist who deftly combines distinct shapes and forms with intentional randomness in his fluid abstract canvases. Zak is one of the new groups of painters who have a casual, off-hand aesthetic; he makes challenging paintings with such a deft, light touch that they are often barely discernible. Sometimes called non-paintings, Prekop’s images are like hints or traces—they look visually confused and deceptively thin.

Born in 1979, Zak completed his MFA in 2008 from The School of the Art Institute of Chicago, Chicago, IL  and earned his BFA in 2001 from Carnegie Mellon University, Pittsburgh, PA.

On closer inspection, nearly imperceptible layers of monochromatic paint delineate grid structures and subtle color fluctuations that sometimes generate the illusion of light. Although Prekop’s endeavor may seem half-hearted and tentative, he elegantly captures the uncertainty and disappointment of his generation.

Prekop builds subtle transparency and voids utilising each canvas to varying depths. In Two Grids, Prekop rigorously paints layered patterns, constantly shifting the viewer between fields of perception. In Transparency with drawing, semi transparent marks reveal themselves though the canvas – implicating the materiality of the surface. In a process of collapsing and unfolding of optical fields the paintings become a record of decisions, processes and acts of viewing.

His 2012 included solo exhibitions at Thomas Duncan Gallery in Los Angeles and Harris Lieberman in New York, a presentation for Art Statements at Art |43| Basel with Harris Lieberman and the group exhibitions Modern Talking at The Museum of Art in Cluj-Napoca and I Think and That Is All That I Am at Thomas Duncan. In 2013, Prekop had a solo at Contemporary Art Museum in Raleigh, NC and feature in the group show Painter, Painter at Walker Art Center in Minneapolis.