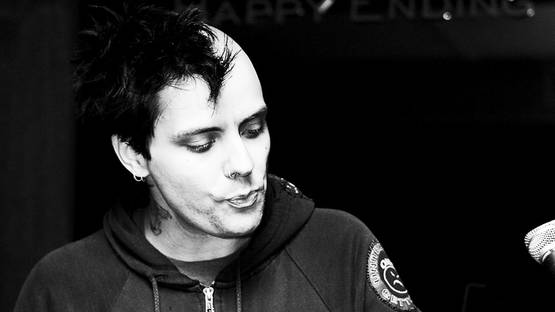 Smith was born in New York, he grew up in Washington D.C. and later on lived in Brooklyn until he moved to Los Angeles in 2007. He was an extremely good student who went to some of the best American schools. He received his BFA from Cooper Union in 1998, continued to study at the Skowhegan School of Painting and Sculpture in Maine and finally earned his MFA from Yale University in 2001. This program at Yale is famous for its extremely low acceptance rate and it is the most prestigious graduate school in the United States, along with Rhode Island School of Design. Smith, whose behavior and style might be deceiving and confusing, is a highly educated person who chose the unusual path when it comes to his career.

Influence of Punk and Hardcore

In addition to comic books, punk, psychedelic and hardcore culture had a decisive influence on Smith’s aesthetics

Smith's artworks have been presented in the 2004 Whitney Biennial at the Whitney Museum of American Art and they are also in the collection of the Museum of Modern Art in New York and the Walker Art Center in Minnesota. Smith has donated a part of the profits from his artworks work to various activist causes, most significant one among them being Food Not Bombs. In addition to his successful career in arts, Smith has also published 3 books so far, called Pictures of Girls, Gravity’s Rainbow and We Did Porn: Memoir and Drawings. Smith’s books are focusing on his experiences in adult films as well as his artworks.

Smith’s refreshing personality and unusual career make him stand out amongst the crowd producing paintings and drawings inspired by comic books or hardcore. Smith’s involvement with the adult movies might be something that traditionalists would frown upon, but for Smith, it is just a regular part of his life.  Also, his lovely sense of humor is winning people’s hearts. When asked about the effect of LA on his recent painting, Smith cleverly replied: Since I moved to LA, when I paint a portrait of a girl, she’s slightly less likely to be a dominatrix and slightly more likely to be a stripper. There hasn’t been any noticeable effect on the abstract paintings.