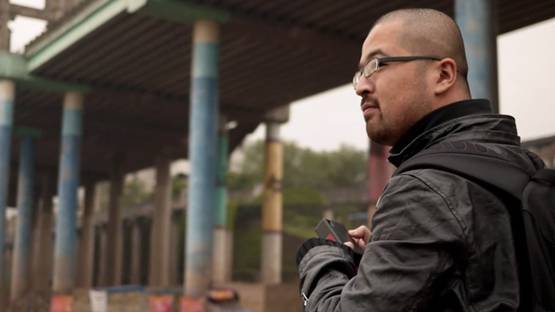 Zhang Xiao is a Chinese photographer, best known for documenting his homeland with an insider’s attention to detail and an unflinching eye for composition.

Zhang Xiao was born in 1981 in Yantai City, Shandong Province, China and graduated from the Department of Architecture and Design at Yantai University in 2005. It wasn't until he found an old camera that he discovered his desire to pursue the craft as a career and hobby. While working for the Chongqing Morning Post, Xiao would bring two cameras, one for work and one for his personal photos. Eventually the monotony of the work and job led him to quit and is currently working as a freelance photographer. He has since produced several wonderful projects documenting Chinese culture undergoing societal changes.

Zhang Xiao says of his work ‘These scenes are true reality, though they seem to be beyond our imagination.’ He has been inspired by the photography of Diane Arbus, Alec Soth and Boris Mikhailov.

In 2009, Zhang Xiao began to photograph sections of China’s 18,000 kilometer coastline in a large body of work entitled Coastline. Millions of people come from central China to the coastal areas for jobs ever year, to the new special economic zones created by the Chinese government, and this has transformed the coastline. The impact on the coastline has been great with exceptional growth in urban development. Many photographers have chosen to document the vast industrialization and construction of Chinese cities but Zhang Xiao was drawn to the coastal areas as it triggered many memories of childhood. He documents the sometimes inhuman nature of progress. At the same time, the work is not critical by its observation, with no explicit message that refutes China’s urbanization efforts.

Coastline still captures the beauty of the sea. By shooting on film and hand printing his photographs, he delivers the muted tones that are suggestive of the family photography of the past. Not only do his images afford a close-up look at a culture of China, but they do so with an extraordinary awareness of aesthetics. Balance of color, structure and form is captured in the most fleeting of moments.