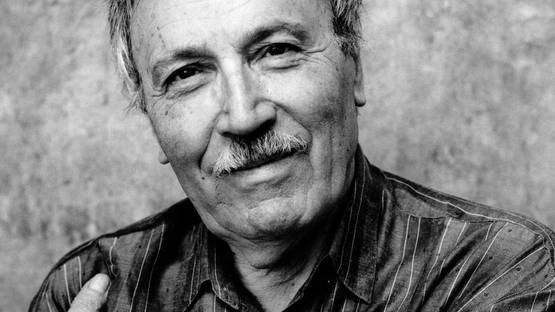 Anton Zoran Mušić stands as one of the most influential artists that Slovenia has ever had. During the course of his extremely long lifetime that lasted full 96 years, Mušić was a successful painter that amazed audiences across Europe. He spent his days painting in Venice and Paris - and in all the places between these two cities. He is an era-defining painter who's work serves as a testimony of development modern art went through over the course of 20th century. But he also possesses a much darker note in his artwork - it would frequently serve as a mirror and a way of dealing with his traumas sustained during The World War II.

Mušić was born in 1909 in the small town of Gorizia, Slovenia, a place not that far from the Italian border. He had a very happy childhood and constantly showed the creative part of his personality during elementary school. What started as nothing more then a boy's hobby turned into something much more as Mušić one day decided to pursue the artistic career he always dreamed of. Since his hometown did not offer much in this field, Mušić was forced to go and study somewhere else - eventually, he moved to the Croatian capital and completed his studies at the Zagreb Art Academy in 1934. As was the custom for many Balkan artists at the time, Mušić started to travel with goals of meeting new cultures and expanding his general knowledge of fine art. He journeyed all over Balkan before setting sails for Spain where he stayed permanently for some time. His next destinations were cities that gave birth to different notable modern art movements - he visited Vienna, Zurich and Paris. Mušić had a restless soul and one place was not able to hold him down during these early years of his life - soon he moved to Maribor and then to Ljubljana, before finally settling down in Venice, Italy. This led to a bit of an irony since arguably the most popular Slovenian painter of all time had his first exhibition away from his home country! But that was a small price to pay for Mušić as he fell in love with the city of Venice and Italy in general, a place he found his home away from home. Little did he know just how much suffering he will have to endure for this decision in just a few years.

Horrors Of The World War II

Not long after Mušić settled down in Venice came the time of The World War II. In October 1944, he was arrested by German SS soldiers with acquisitions of helping the Italian resistance party that troubled local Gestapo units. Whether this is true or not remains a subject of discussion to this day. Guilty or not, Mušić was shipped off to the notorious Dachau concentration camp. This was the most traumatic part of his life as his amicable youth filled with travel and boyish adventures was substituted by death and hunger of the nazi camp. Mušić stayed in Dachau for the remaining part of the war. The difficult circumstances and the horrors that he witnessed in this labor camp challenged him to make a series of drawings inspired by such events. Making the best out of the worst case scenario, Mušić channeled his fear and rage into his work. After his release in 1945, the painter returned to Venice and his half-ruined house. He displayed his new works at the Biennale in 1950 and won the first prize at the local competition. In 1951 and in 1952 he received the Prix de Paris. After his career was kick-started in the right direction, Mušić started exhibiting across Europe and made his way into the prestigious French galleries. After traumas he endured during the war, seeing Paris for the second time was an enlighting experience, so Mušić decided to buy a house here which would serve as an alternative home when he was away from Venice.

Tragedies that Mušić saw during WWII never left his paintings

His body of work comprises landscapes, portraits and still lives. His first works were simple representations of Dalmatian hills which over time got better and better in quality. As he moved around the Old continent, Mušić continued to paint landscapes wherever he went, trying to capture nature around him on canvas. His most prestigious landscape pieces are the representations of Italian scenery - as judged by art historians around the world. It is well known that all his work was heavily influenced by the style of Byzantine mosaics and icons - Mušić's love for such art can be traced all the way back to his college days in Zagreb. Byzantine character is most notable on the way Mušić shaped human figures in his compositions. However, the most successful segment of his biography came from the time he was placed in the concentration camp. Pieces he worked on while incarcerated are all very disturbing in character and scary to analyze, but these images gained him the international attention that made Mušić famous. During his career, he regularly returned to the theme of the prison Nazis made for him. When the '50s came, the painter worked mostly in Paris where the lyrical abstraction of the French Informel widely characterized his creative expression. Back then, Mušić did not try to be too different from his fellow painters - this was the case till the '60s started and his art got that unique rebellious feel to it. His themes became more abstract and the compositions of images began to detach from the laws that govern the representation of deep space. It was then Mušić completely turned to himself and his paintings which started to depict his inner conflicts. Sadly, the traumatic experiences from the WWII never really left his art.

A scary fact: Anton Zoran Mušić is one of the most genius painters the 20th century had and is also one of the few men that survived Dachau. Who knows how many ground-breaking artists were not lucky enough to walk out of labor camps like Mušić did. Because of that, his paintings serve not only as grand visual experiences but also as reminders of just how much was lost during the nonsensical war that ended in 1945. Ultimately, Mušić died peacefully in 2005, sleeping in his estate. He defied the odds of labor camp and proudly filled many years with creative expression unlike any other man had before him.